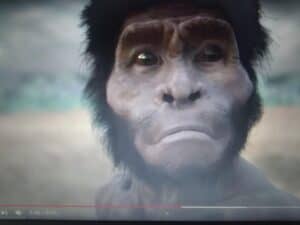 Lee Berger has been hinting for months something big was on the horizon.  Today, Dr. Berger and his team have released his long anticipated findings to the world: The discovery of a skull cap and 4 teeth of a 250,000 year old young girl they have named Letimela, or Leti for short.

Note – Letimela in the Setswana language of South Africa translates to “The Lost One.”

Co-authors include many top names in Paleo-anthropology, well-known to readers of this site, including: Juliet Brophy (LSU), Marina Elliott (Canada) and John Hawks of the Univ. of Wisconsin.

From the Abstract ( via the pdf): 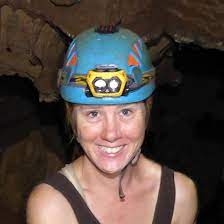 Homo naledi is known from the Rising Star cave system, South Africa, where its remains have previously been reported from two localities: the Dinaledi Chamber (U.W. 101) and Lesedi Chamber (U.W. 102). Continued exploration of the cave system has expanded our knowledge of the Dinaledi Chamber and its surrounding passageways… leading to the discovery of new fossil localities. This paper discusses the fossil assemblage from the locality designated U.W. 110. This locality is within a narrow fissure of the Dinaledi Subsystem [close to] the 2013–2014 excavation. Fossil remains recovered from this locality include six hominin teeth and 28 cranial fragments, all consistent with a single immature [adolescent] hominin individual… This is the first immature individual of H. naledi to preserve morphological details of the calvaria [skull cap] in association with dental evidence.

Later in the paper, Berger and Team contrast the cranium with two similar specimens:

The Taung child of course, was discovered in 1925 by Raymond Dart.  It was first rejected by the Anthropological establishment based in England. Some viewed it as a Chimpanzee. But later Taung was acknowledged as a Hominid, 3 million years old, dubbed by Dart as Australopithecus africanus (Southern African man).

The identifiable craniodental remains from U.W. 110 are consistent with H. naledi. No features in this sample preclude this diagnosis. Thus, we hypothesize that these remains represent the first juvenile cranial remains with diagnostic features recovered for H. Naledi.
Juliet Brophy of Louisiana State University is quoted on the magnificence of the discovery, (via SA 24 News):
“This is the first partial skull of a child of Homo naledi yet recovered and this begins to give us insight into all stages of life of this remarkable species,” Professor Juliet Brophy of Wits and Louisiana State University said.

Paleo-anthropologist from Spain, and author of Evolucion Humana Roberto Saenz gives a further accounting at his Nutcrackerman (Paranthropus Bosei) site:

Finds of juvenile individuals in the fossil record are extremely rare, because these bones are thin and fragile. But they are very important for understanding the growth and development of any species.

As SowetoLiveNews.nz out of South Africa notes:

[P]reviously thought to be millions of years old, research in the past few years has revealed that the vast assemblage of Homo naledi bones is at most 330,000 years old.

Indeed, as Berger and Hawks wrote in their original paper (PNAS), in 2018:

The Dinaledi Chamber assemblage was deposited between 236,000 and 335,000 y ago, meaning that this sample of H. naledi existed at the same time as some archaic humans within Africa , including those that some workers identify as “early Homo sapiens” [Emphasis added]

As we noted here at Subspecieist.com Homo naledi could be directly ancestral to certain modern African populations, or at the least, have introgressed with archaic Homo sapiens in southern Africa.  Our article, December of 2020, 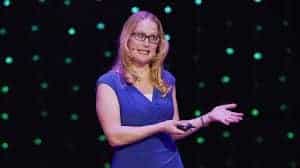 The oldest anatomically modern humans are generally believed to be dated at 325,000 to 350,000 years old, the Jebel Irhoud finds in western Morocco.  That would suggest an overlap of at least 115,000 years or so.

Professor Hawks first suggested Homo naledi as ancestral to modern Africans back in 2017, at a lecture at the University of Wieconsin:

We do know that African populations derive some small fraction of their DNA, possibly as much as 5%… from archaic lineages that we haven’t discovered… there is some sign of some archaic lineage that’s contributed to some populations. What we don’t know is the identity of that lineage… It could be Naledi?

Professor Brophy suggested the same in a TED Talk back in 2018:

As chronicled here at Subspeciest in multiple articles over the years, Arun Durvasula and Sriram Sankararaman of the UCLA genetics team have identified as much as 19% archaic Hominid DNA in modern Africans.

And from another study by a team led by Dr. Jeffrey Wall, Professor of Epidemiology and Biostatistics, Cornell Univ, 2011,

Extensive simulation results reject the null model of no admixture and allow us to infer that contemporary African populations contain a small proportion of genetic material (≈2%) that introgressed ≈35 kya from an archaic population that split from the ancestors of anatomically modern humans ≈700 kya.

But Homo naledi ancestral to modern Africans remains controversial due to Naledi’s small brain size.  Average modern Humans are at 1,350 slightly less for Africans at 1,250.  As Rick Coste at EvolutionTalk explained in a broadcast 2020:

their brains were only slightly larger than that of a Chimpanzee… the size of the Homo naledi brain.  It’s small, around the size of an orange.  Small-brained hominids were thought to have died out long before modern humans came along… because of the dating we now know, that they [Homo naledi] lived around the same time as modern humans did.