Yves Coppens, regarded as one of the most famous of French paleo-anthropologists, has died at his home in Paris.

As LeMonde describes him: 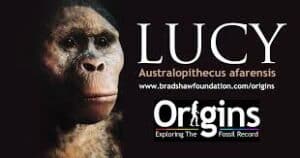 The director of the Museum of Man and a professor emeritas of the College of France, he gained notoriety as a discoverer, in 1974, of Lucy, the Australopithecine, the most celebrated [Hominid] in the world…

(In honor of the memory of Yves Coppens.  With sadness.  The man who discovered the roots of humanity, himself represented the best of the same.  Great knowledge, good humored.  My condolences to his family and colleagues.)

Yves Coppens, one of the discoverers of famous fossil ‘Lucy,’ dies at 87 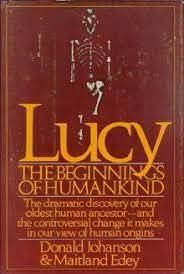 The French paleontologist was a member of the 1974 expedition that found a 3.2- million-year-old female hominid who was able to walk upright…

In 1974, Yves Coppens and other colleagues discovered what is probably the most famous fossil in the world. The French paleontologist, who has just died at age 87, was then working in the Ethiopian region of Afar, on an expedition organized by Louis Leakey at the request of Emperor Haile Selassie. In the middle of a desert that was long ago covered by a lake, 52 bones of Australopithecus afarensis were found. It was the skeleton of a female about 20 years old who was already walking upright more than three million years ago. That finding offered unprecedented information about what happened between the present and the time when the lineage of chimpanzees and humans separated, just over four million years ago, and how we began to walk upright.

Note – numerous publications are mis-identifying Coppens as “the discoverer” of Lucy.  Indeed, as El Pais correctly points out, he was a co-discoverer not the discoverer.

Coppens is known for his 1974 discovery of “Lucy,” one of the oldest-known human ancestors… Yves Coppens, the paleontologist who discovered the 3.2 million-year-old remains of “Lucy,” which changed our understanding of human evolution, died on Wednesday. He was 87 years old.

It was August 1974 in the Afar region of Ethiopia.  Donald Johanson and Tom Grey were out in the field at mid-day in the searing sun.  Returning to their jeep, they were walking in a gully.  Johanson saw a glimmering object.  He kicked it with his toe.  He immediately recognized it as a hominid bone.  They returned to camp.  Later that day a team, including Coppens went to the site and confirmed the find.

“I often say that there are no white people, only bleached ones!” — Yves Coppens

Coppens was no friend of race realists or other paleo-anthropology enthusiasts accepting of human variation.

From an interview with the French periodical L’Express, via California18.com:

L’Express: We imagine that you are not a strong supporter of the idea of ​​a “white race”…

Yves Coppens: Oh no, that’s for sure! You know, we all come from the same species, born in the tropical African forests. For fun, I often say that there are no white people, only bleached ones! It makes some people laugh, others don’t.

“Whites are a discoloration and blue eyes are not a color…” 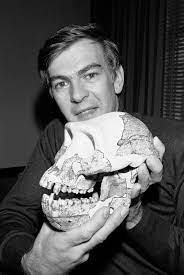 On the issue of race, for instance in Nous sommes tous Africains – Les tabous du… Racisme 11, a 5min 12sec short video clip about an interview carried out on May 30, 2016 by Karine Le Marchand with Yves Coppens on France 2 available here

Yves Coppens, French paleontologist and paleoanthropologist, Emeritus Professor at Collège de France, first states that all men have African ancestors, then explains how the skin color and traits have evolved according to the environment and climate, and lastly says among other things that, scientifically speaking, out of the 36,000 animal races, all human beings are ‘Homo-Sapiens-Sapiens’ with ‘Homo’ standing for the kind (humankind), the first ‘Sapiens’ standing for the species (human species), and the second ‘Sapiens’ standing for the race (human race) — i.e. there is only one human race, the ‘homo-sapiens-sapiens’ race…

people who were previously sure of their origins proudly accept to undergo DNA tests and become disappointed by the results they obtain, which is a very good food for thought for racists — and tribalists or ethnists/ethnicists…

All of our ancestors are Africans

The paleo-anthropologists explains the passage…  The whites are a discoloration and blue eyes is an eye that has no color.