Lee Berger on a recent Zoom Call lecture from the University of Witwatersrand, South Africa

Professor Lee Berger jostled, looked uncomfortable.  Then University of Witwatersrand Anthropology Dept. head paused and blurted out nervously, that he preferred not to give a response.  (Paleo-anthropology Lecture, YouTube) 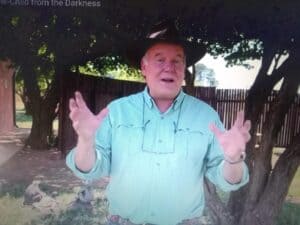 We have one more question from colleagues on Zoom.  Some anonymous guests ask whether, uhh, you also found some stone tools.

We can stop the recording right now.

We have uhh, we have some potential artifacts that are under study.  How about that for an answer?

Sounds promising.  Sounds exciting and promising.   And maybe that’s a good final word on this.

Fossil hominins were first discovered in the Dinaledi Chamber of the Rising Star Cave system in South Africa during an expedition led by Lee Berger beginning October 2013. In November 2013 and March 2014, over 1550 specimens from at least 15 Homo naledi individuals were recovered from this site. This excavation remains the largest collection of a single hominin species that has been found in Africa. Rick Hunter and Steven Tucker found an additional 133 Homo naledi specimens in the nearby Lesedi Chamber in 2013, representing at least another 3 individuals – two adults and a juvenile. In 2017, the Homo naledi fossils were dated to between 335,000 and 236,000 years ago. 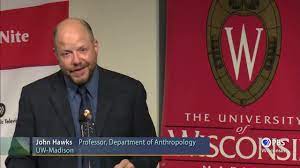 The discovery of Homo naledi by Lee Berger of Wits University Centre for Exploration of the Deep Human Journey and his team at the Rising Star caves in the Cradle of Human Kind in 2013 was one of the largest hominin discoveries ever made and hailed as one of the most significant hominid discoveries of the 21st Century.

Since 2013, scientists have wondered if Berger discovered any artifacts from a stone tool industry, which was common in other Hominids from the middle Pleistocene including Homo habilis and Homo erectus.  Berger has kept mum on possible stone tools that could be attributed to Homo naledi.  Though he has hinted that stone tools previously associated with other Hominid species such as Homo habilis and Homo erectus, might actually be from Homo naledi.

“Archaeologists have been too quick to assume that complex stone tool industries were made by modern humans,” said Berger. “With naledi being found in southern Africa, at the same time and place that the Middle Stone Age industry emerged, maybe we’ve had the story wrong the whole time.”

Berger’s close friend and longtime colleague Dr. John Hawks from the University of Wisconsin noted that Homo naledi certainly had the anatomical features that would help facilitate such tool-making:

[Homo naledi] “had hands that clearly were adapted for toolmaking and tool use. It had teeth that seemed adapted to the kind of high-quality diets that we have thought were a pathway to the evolution of large, humanlike brains. Even though its brain size was around a third the size of ours, it survived for a million years or more in Africa where much larger-brained species lived, including early modern humans.”

In their groundbreaking 2018 paper, 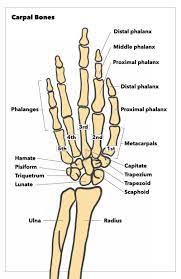 Each carpal bone has its own unique shape and is multifaceted, meaning that they have the ability to articulate with several surrounding bones, muscles and ligaments of the forearm and hand. This way, the carpal bones provide flexibility and various types of movements to the soft tissues of the hand.

Chris Stringer at the London Natural History Museum was quoted in September 2018, on Homo naledi’s potential for tool-making.  Stringer agreed with Berger and Hawks, the dexterity was there.

What kind of tools did Homo naledi make?

This is another of the mysteries associated with this species.

Homo naledi’s hands and wrists were well-suited to tool making but no stone tools have yet been found associated with its fossils. However, Prof Stringer thinks it is ‘highly likely that naledi’s handiwork is already present in the archaeological record we have for southern Africa, but it is currently unrecognised or attributed to another human species’.

Judging by his Q&A lecture response, Berger may soon make an announcement that these stone tools, are indeed from Homo naledi.