Lucy, the most famous Hominin fossil find in history, slurred as a bitch by NY fashion and gossip magazine 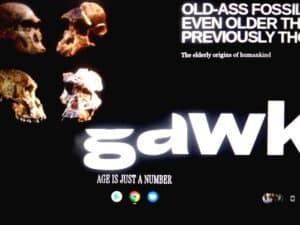 Lucy a bitch? Was it a throwaway line?  An attempt at edgie humor?  There has been no explanation given.

Subspeciest.com has reached out to Jenny G. Zhang, Gawker’s features editor via Twitter and email, to give her the opportunity to explain her reasoning, but to date no response has been received.

The story of Lucy is one of the most famous, if not the most famous fossil finds in all of paleo-anthropology.  Donald Johanson and grad student Tim Grey were scoping out a gully near their camp in the Afar region of Ethiopia one hot November morning. in 1974  Heading back to their jeep rover, Johanson caught a glimpse of a shiny bone fragment out of the corner of his eye.

As Johanson elaborated in Scientific American, 2014:

Tom was on my left side, and I glanced over my right shoulder and saw this perfectly preserved elbow end of a forearm bone, the ulna. I considered whether it could have been a monkey elbow-we had found fossils of baboons, colobus and other monkeys in the region–but it didn’t have the extended flare on the back of it that monkey elbows have. I knew it was a hominin elbow. 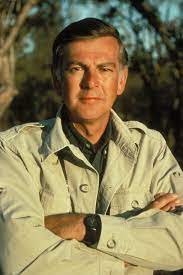 Tom was very doubtful about my assessment. But then I saw shards of a skull next to his foot. And damn it if the find didn’t turn out to be a partial skeleton.we walked around and we looked for fossils. I always keep my eyes on the ground–that’s the only way you find things there.

They went back to camp, and that night had a big party to celebrate the find.  “Lucy in the Sky with Diamonds” was playing in heavy rotation on the cassette player.  Johanson’s girlfriend suggested to him, “why not call her Lucy.”  And a superstar was born.

it was in the 1970s that a “surge of discoveries” brought a new level of understanding to human origins. One of those big discoveries was the famous skeleton known as Lucy, who was found on this day, Nov. 24, in 1974…

It was early 1979 when TIME declared her a “front-page celebrity” after Johanson announced the Lucy was a specimen of Australopithecus afarensis, a whole different species from those previously known Australopithecus examples. Significantly, she dated to a period before hominids split into the brand that led to us…

Johanson strongly suggested that A-afarensis was ancestral to genus Homo.  Continuing from SciAmerican:

afarensis was not too specialized to be an ancestor of Homo, too. Once you get things like Australopithecus africanus in South Africa, they are already pretty specialized and look like ideal ancestors for the South African species A. robustus.But afarensis had a generalized nature to it, so I think it also gave rise to Homo.

In late June, an explosive new revelation emerged that may have unceremoniously dethroned Lucy.

Our dates demonstrate the limitations of the widely accepted concept that Australopithecus africanus, which is well represented at Sterkfontein, descended from A. afarensis. The contemporaneity of the two species now suggests that a more complex family tree prevailed early in the human evolutionary process. 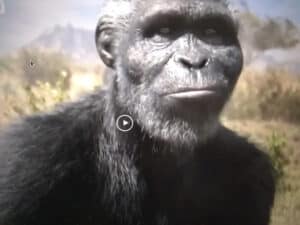 This new dating for the Australopithecus africanus cousins of Australopithecus afarensis, is being lauded as one of the most signficant revelations in the last 50 years of paleo-anthropology.  It completely re-writes the human family tree or bush.

There is an intriguing third possibility?  A hybrid species of the two?

See our most recent article here at Subspecieist.com July 5,

In addition to science journals, the PNAS paper has received a great deal of mainstream media attention since late June, including the NY Times, UK Daily Mail, South China Morning Post, Nature, The Guardian, Times of Israel and NBC News.

Gawker, which is described as an on-line magazine “based in New York City focusing on celebrities and the media industry,” did a brief story.

Their article is titled “Old ass fossils even older than previously thought.”

“Mrs. Ples [Australopithecus africanus] and her Sterkfontein posse may actually be older than that bitch Lucy…”  — Jenny G. Zhang 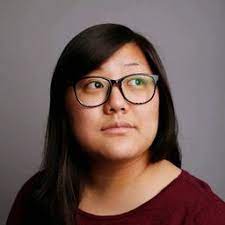 In the June 29 edition of Gawker Ms. Zhang writes:

She then goes on to use a vernacular not typically found in the evolutionary sciences.

This has huge implications, as Ronald Clarke, a professor at the University of Witwatersrand and one of the paper’s authors, told Bloomberg: “South Africa was largely ignored because it was so difficult to date the fossils. They were largely dismissed as not being relevant to the story of human evolution … It’s a big deal, this does confirm that these primitive ancestors were all over Africa.”

Even more significantly, the findings indicate that Mrs. Ples and her Sterkfontein posse may actually be older than that bitch Lucy, an even more prominent female-turned-fossil who was discovered nearly half a century ago in Ethiopia at the ripe age of 3.2 million. Time for the world at large to finally put some respect on Mrs. Ples’s elderly name.

Editor’s note – If Ms. Zhang responds to our repeated queries, we will gladly include her explanation in full.