Colin Wright, Evolutionary Biologist, kicked off of Etsy and PayPal on the same day

Colin Wright explained his ban in a Tweet June 12: 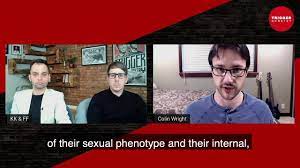 Since @Etsy couldn’t find any products I sold that violated their policies, they decided to simply issue me a permanent ban out of the blue for political reasons while insisting I’m a bigot who promotes hate and glorifies violence. This is completely absurd.
Wright has been criticized for his position as senior editor of what is often described as a right-wing libertarian publication Quillette.
In 2018, he penned a piece,

I am an evolutionary behavioral ecologist, and most of my work is concerned with how individual differences in behavior (i.e. personality) influence individual fitness, and the collective behavior and success of animal societies. Most are probably not aware, but animal personality research is a vibrant field within behavioral ecology due to the ubiquity of personality as a phenomenon in nature, and its ability to explain interactions both within and between species. 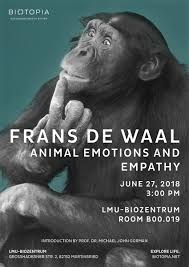 In nearly every species tested to date for the presence of personality, we’ve found it, and sex-linked personality differences are frequently the most striking. Sex-linked personality differences are very well documented in our closest primate relatives, too, and the presence of sexual dimorphism (i.e. size differences between males and females) in primates, and mammals generally, dramatically intensifies these differences, especially in traits like aggression, female choosiness, territoriality, grooming behavior, and parental care.
Continuing:
Given that humans are sexually dimorphic and exhibit many of the typical sex-linked behavioral traits that any objective observer would predict, based on the mammalian trends, the claim that our behavioral differences have arisen purely via socialization is dubious at best…. we exhibit these classic sex-linked behavioral traits because we inherited them from our closest primate ancestors.
In a recent YouTube interview with Skeptic Host, atheist Michael Sherman, famed Primatologist Franz de Waal from the Netherlands backed up much of Wright’s views specifically on biology:
Sex is a term that we use for the biological sex, like genitals, hormones, chromosomes.  Sex is mostly bi-nary, not entirely.  98, 99% binary, male, female.  And in biology of course, it’s defined by the size of the gametes.   More than the genitals, you know.
So, sex is pretty well-defined in biology…

In 2021 Wright was a guest on Triggernometry

Konstantin: How many sexes are there?

Colin Wright: So far, we’ve only counted two in the animal kingdom… It comes down to Ova and Gonads.

One controversial Tweet that may have triggered his ban, was from Jan. 25, 2022:

Your children may be receiving gender ideology indoctrination in school during their “genetics” units in biology class.

In another Tweet thread Wright criticized a recent book “The Spectrum of Sex” by two Indian authors: 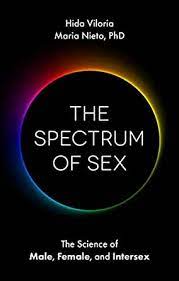 the authors now refuse to use the terms “male” and “female” alone, and instead use “typically” male or female. They won’t ever say that testes are male gonads, but rather “typically considered male gonads.” Same with ovaries. So far so bad…
For a book ostensibly about “The Science of Male, Female, and Intersex” the authors spend a lot of time, perhaps even more time, on gender identity than biological sex. Here they discuss human chimerism (individuals resulting from fused zygotes that have both XX and XY cells).
The authors then make a bad mistake attempting to transition from humans to the animal kingdom. She states: “And although rare, fertility in gonadal intersex humans, as is the case with other hermaphroditic species, has been documented.” This is *extremely* misleading!
Yes, some intersex individuals with both testicular and ovarian tissue have been shown to be fertile, but NEVER PRODUCE *BOTH* SPERM AND OVA. Not a single documented case of this ever happening, ever. It’s always one or the other. 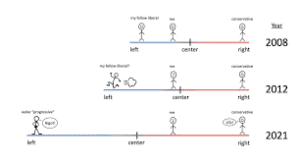 Wright in the past, described his political views as centrist.  In March, Elon Musk re-Tweeted a graph that Wright had worked up to his 80 million followers, showing how liberals from the 1990s no longer feel welcomed on the left.  The implication by Musk was that he agreed with Wright’s sentiments.
Wright has updated his followers on the situation.  He has said that the appeals process has not resulted in him being reinstated.
From the anti-internet censorship site reclaimthenet.com:
When Dr. Wright contacted PayPal for more details, he was told he needed a lawyer to submit a subpoena so they could provide additional information about their decision.
And Wright has his supporters.
Actually my husband and I decided to end our business with Etsy following the abhorrent treatment of Colin Wright. Between the 2 of us we have supported dozens and dozens of creators on Etsy. We are done and we are advising our family and friends to do the same.  — Zette Mo
Nutsy” is much more appropriate than Etsy which “…shut down account of writer Colin Wright for arguing that there are only two sexes.”  Etsy which I’ll never use again, permanently disabled Wright’s account – where he sold his “Reality’s Last Stand”  — irisrute
0 LovesLove Biology No Comments