Homo naledi was first discovered by amateur cavers Steven Tucker and Rick Hunter, in South Africa under the direction of Dr. Lee Berger of Witwatersrand Univ., back in 2013.  Since then, evolutionary scientists from Chris Stringer to John Hawks to Donald Johanson and other greats have puzzled over where to place the species on the human origins tree. 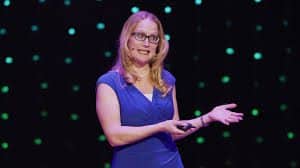 The fossils were discovered in the Dinaledi chmber in the Rising Star cave system some 60 miles west of Johannesburg.  According to NatGeo, 2015, a team of 19 scientists, working with Berger, “radiometrically dated some flowstones” in the chamber.  They determined that the date of the fossil finds to be within 236,000 and 335,000 years old.

“In the end, we have tremendous confidence in the results,” says John Hawks, a University of Wisconsin-Madison paleoanthropologist who’s part of the H. naledi team.

The oldest anatomically modern humans are generally believed to be dated at 325,000 to 350,000 years old, the Jebel Irhoud finds in western Morocco.  That would suggest an overlap of at least 115,000 years or so.

More from a 2018 paper published in PNAS.org (Nat’l Academy of Sciences) by Hawks and Berger, along with colleagues,

Hominin skeletal material from the Dinaledi Chamber, South Africa, represents the species Homo naledi. This fossil assemblage represents at least 15 individuals, both adults and juveniles across all stages of development. The Dinaledi Chamber assemblage was deposited between 236,000 and 335,000 y ago, meaning that this sample of H. naledi existed at the same time as some archaic humans within Africa , including those that some workers identify as “early Homo sapiens” [Emphasis added]

Australopithecines were small brained Hominids with many chimp-like features.  They existed from 1 to 3 million years ago.  They’re best exemplified by the famous Donald Johanson fossil find – Lucy (Australopithecus afarensis).

The discovery of Homo naledi is causing paleoanthropologists to completely re-work the Human tree (or bush).  Could Homo naledi be considered a late Australopithecines? Continuing from NatGeo:

The small endocranial volume [brain capacity] of H. naledi, which is within the range known for australopiths, is one of many primitive traits that contrast with other, more humanlike, cranial and dental traits.

Another possibility, Naledi is a “missing link,” so to speak, between the Australopiths and modern Humans.  Berger and Hawks seemed to suggest precisely this, in another paper from 2015, published in Elifesciences.org:

Homo naledi, a new species of the genus Homo from the Dinaledi Chamber, South Africa 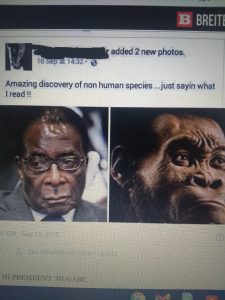 Homo naledi is a previously-unknown species of extinct hominin discovered within the Dinaledi Chamber of the Rising Star cave system, Cradle of Humankind, South Africa. This species is characterized by body mass and stature similar to small-bodied human populations but a small endocranial volume similar to australopiths.

In January of 2019, the UCLA genetics team of Arun Durvusala and Sriram Sankararaman identified as much as 19% archaic “ghost species” DNA in the African genome –

Researchers have teased out evidence suggesting the ancestors of modern-day sub-Saharan Africans interbred with an archaic human group.

up to 19-percent genomic contribution from unidentified archaic human, who may have survived until recently…

In contrast, Eurasians are admixed with Neanderthals and Denisovans.  Most recently, researchers discovered hard evidence of 1% Homo erectus DNA in Eastern Asian populations.

Anthropologists and Paleontologists have speculated that the ghost species DNA in Africans might be Homo ergaster (sometimes regarded as African Homo erectus), Heidelbergensis or some other as of yet unknown Hominid species.

“the genomes of Hadza, Sandawe, Biaka, Baka, and San people bear evidence of a small fraction of introgression from highly genetically divergent populations that no longer exist.”

But could the ghost species be Homo naledi?  In the latest podcast of evolutiontalk.com host Rick Coste (photo) suggested that possibility.

“Did they [modern humans and Homo naledi] interbreed with each other?”

Rick includes a segment from Juliet Brophy of LSU giving a TED Talk in 2018:

What does all this mean?  Homo naledi has taught us that we need to reassess what it means to be in the Genus Homo.  We need to rethink what it means to be human…  No other species exists with this mix of primitive and derived traits…  another aspect, for the first time we have a species coexisting in Africa with modern humans.  Until this discovery we only had modern humans, large brained modern humans that existed in Africa.  Did they interbreed with each other.

Note – an excellent 5 minute animated film on Homo naledi from Scientists against Myths, Dec. 2019 at YouTube.