Confirmation of Subspecies in modern Humans?

We have known for some time that what we today call Homo sapiens includes several subspecies, as a result of interbreeding with the Neanderthals and Denisovans.  Between 40,000 years ago and 150-200,000 YBP, we know of at least 5 Hominin types that co-existed simultaneously.

As The Guardian explains, Feb. 12,

the world was once home to many related species or subspecies of human. And when they stumbled upon one another, mating was not out of the question. As a result, modern Europeans carry a smattering of Neanderthal genes, while indigenous Australians, Polynesians and Melanesians carry genes from Denisovans, another group of archaic humans. 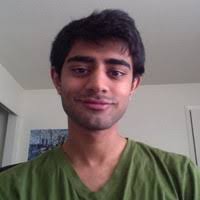 Researchers suggest DNA from this group makes up between 2% and 19% of modern West Africans’ genetic ancestry.

They believe the interbreeding occurred about 43,000 years ago.

Scientists found links to the Mende people of Sierra Leone, Yoruba as well as Esan people in Nigeria, plus other groups in western areas of The Gambia.

Due to much higher tropical temperatures we have not found much African DNA evidence for archaic humans admixture.  But these recent kinds of AI applications are likely to reveal many more exciting levels in the history of humanity especially for African populations.

The paper’s co-author, Sriram Sankararaman is quoted.  He is from a human genetics AI team at UCLA including his lab assistant Arun Durvasula (photo).

“As we get more data from diverse populations – and better quality data – our ability to sift through that data and excavate these ghost populations is going to get better,” Mr Sankararaman said.

Editor’s note – David Seiner, a contributing editor for this site, is a native South African from the KhoiSan tribe.