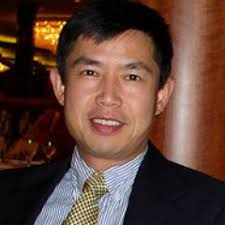 In 2011 a research team tackled the precise question of African admixture with archaic hominids.

Michael Hammer (bio) is the Director of the University of Arizona Genetics Core (UAGC) and co-director of the UACC Genomics Shared Resource. He has joint appointments in Departments of Neurology and Ecology and Evolutionary Biology.

Their findings (PNAS.org, Genetic Evidence for Archaic Admixture in Africans): 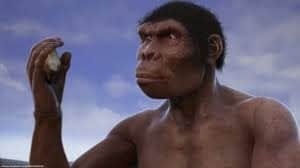 Here we use DNA sequence data gathered from 61 noncoding autosomal regions in a sample of three sub-Saharan African populations (Mandenka, Biaka, and San) to test models of African archaic admixture. We use two complementary approximate-likelihood approaches and a model of human evolution that involves recent population structure, with and without gene flow from an archaic population. Extensive simulation results reject the null model of no admixture and allow us to infer that contemporary African populations contain a small proportion of genetic material (≈2%) that introgressed ≈35 kya from an archaic population that split from the ancestors of anatomically modern humans ≈700 kya. [Emphasis added]

Speculation from various top paleontologists such as John Hawks, Lee Berger, Chris Stringer and others has centered on likely suspects: Homo Heidelbergensis, Ergaster or even late Australopithecene, Homo naledi.

“We do know that African populations derive some small fraction of their DNA, possibly as much as 5%… from archaic lineages that we haven’t discovered…  What we don’t know is the identity of that lineage… It could be Naledi?”

“There’s some indications of that in the genomes of present day Africans.”

And most recently, 2019, Arun Durvasula and Sriram Sankararaman from the University of California in Los Angeles confirmed up to 19% archaic Hominid DNA in modern Africans.  They have described the ancestor as a “ghost species” or quite possibly Homo naledi a “small-brained hominin” on the “African plains 250,000 years ago.” (IFL Science)

But as Professor Shi Huang implies, as the answer to the puzzle gets closer to being solved, an “eerie silence” has overtaken the paleontology, genetics and anthropology communities.

Great to see China rejecting the pseudoscience Out of Africa, which is based on loose sand, the flawed neutral DNA assumption. Xinhua News: 探寻文明根脉 筑牢自信根基——致敬中国考古百年求索, 中国人是本土连续演化而来

The article references new dating from a Hominid skull to 300,000 years ago, found in a Chinese cave.