Robert Sepehr: Academics who use the term white supremacy are “borderline mentally retarded, literally brainwashed, and politically motivated by an Afrocentric agenda.” 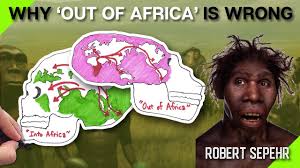 Allison Hopper has a piece in the Scientific American, July 5, “Denial of Evolution Is a Form of White Supremacy.”  Hopper is a former instructor at NYU.  She has worked for PBS.  She now makes YouTube videos teaching youth about evolution – spiralzoom.com.  Her main video, “Human Evolution and You” has 1,024 views. Her YouTube channel has 12 subscribers.

In Sci American, Hopper starts by attacking the Christian Right.  Notably, she seems completely unaware of others on the right – Race Realists, Social Darwinists, Human Bio-Diversity advocates – who are evolution backers.

I want to unmask the lie that evolution denial is about religion and recognize that at its core, it is a form of white supremacy that perpetuates segregation and violence against Black bodies. Under the guise of “religious freedom,” the legalistic wing of creationists loudly insists that their point of view deserves equal time in the classroom. Science education in the U.S. is constantly on the defensive against antievolution activists who want biblical stories to be taught as fact.

At the heart of white evangelical creationism is the mythology of an unbroken white lineage that stretches back to a light-skinned Adam and Eve. In literal interpretations of the Christian Bible, white skin was created in God’s image. Dark skin has a different, more problematic origin.

“This false, fake, and unscientific drivel was written by Allison Hopper, ‘filmmaker and designer with a master’s degree in educational design from NYU…” — Robert Sepehr, July 8 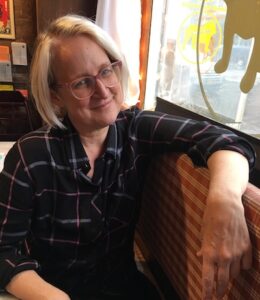 But it is her comments on human origins that the Subspecieist, Race Realist and HBD community will no doubt find of greatest interest.  Hopper asserts “dark-skinned people” invented tools, the use of fire, were the first to use language and laid the foundations for human culture.

We are all descended genetically, and also culturally, from dark-skinned ancestors. Early humans from the African continent are the ones who first invented tools; the use of fire; language; and religion. These dark skinned early people laid down the foundation for human culture.

At the end of the piece she makes a rather remarkable claim.

Embracing humanity’s dark-skinned ancestors with love and respect is key to changing our relationship to the past, and to creating racial equity in the present. These ancient people made the rest of us possible.

On July 8, right paleo-anthropologist Robert Sepehr Tweeted out a link to Hopper’s Scientific American piece with a comment.

“the end point of evolution is often depicted as a white man carrying a speer.”

“Because Cro Magnon (“white man”) was the first with bifacial tool tech (spears, bow and arrows, etc).  Blacks did not ‘evolve’ into whites.  Racist or not is your subjective unqualified opinion.”

Subspecieist.com contacted Robert Sepehr for further elaboration on his remarks.  He gave us this quote (July 9, Twitter):

“any academic that uses the term ‘white supremacy’ is borderline mentally retarded, literally brainwashed, and politically motivated by an Afrocentric agenda.”