a level of violence unprecedented in post-apartheid South Africa… — BBC

Description from the Smithsonian: 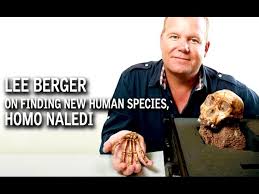 Rick Hunter and Steven Tucker found an additional 133 Homo naledi specimens in the nearby Lesedi Chamber in 2013, representing at least another 3 individuals – two adults and a juvenile. In 2017, the Homo naledi fossils were dated to between 335,000 and 236,000 years ago.

Naledi was first believed to be in the 2 million year old range.  But as Time notes with the new dates, “the species existed at the same time as the earliest humans evolved.”

Nearly 8 years later, Naledi is now regarded as one of the key branches in the human evolutionary tree (or bush).

it was a significant discovery that has since helped to fill some gaps in our understanding of human evolution.

And evidence is now pointing to a direct ancestral lineage to modern day Africans. 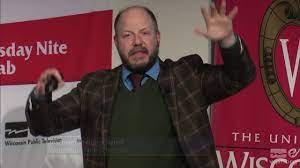 “We do know that African populations derive some small fraction of their DNA, possibly as much as 5%… from archaic lineages that we haven’t discovered… there is some sign of some archaic lineage that’s contributed to some populations. What we don’t know is the identity of that lineage… It could be Naledi?” — Prof. John Hawks, Oct. 2017, Univ. of Wisconsin lecture

“the genomes of Hadza, Sandawe, Biaka, Baka, and San people bear evidence of a small fraction of introgression from highly genetically divergent populations that no longer exist.

“The vault [at Wits] was home to almost 60% of the world’s fossils, including… Homo naledi…”

The Homo naledi collection of fossils is stored in an underground vault at the University of Witwatersrand (Wits for short).  The vault is generally regarded as the most important storage facility for ancient human fossils in the world.  It was opened in December of 2015.

The Homo naledi fossils, which were recently discovered in the Dinaledi Cave in Gauteng, have been given a new home at the University of the Witwatersrand in Johannesburg.

Archaeologist Lee Berger, an American based at Wits’ world-renowned centre, said the vault was home to almost 60% of the world’s fossils, including the recently discovered Homo naledi…. The new species, Homo naledi, was named after the chamber in which it was discovered, in the Rising Star caves.

At its opening in July, Berger said the vault held more scientific information on how humans evolved and where we came from than any other facility worldwide. “Right here in this vault, this word-class vault, is the majority of their assemblage. It’s held in high security because this is all of human heritage.”

Rioting, looting in Jeppestown, less than 1 mile from the vault at Wits 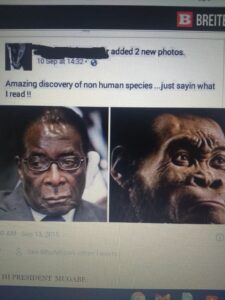 Johannesburg is located in the Gauteng Province near the center of South Africa.  Just south of Johannesburg is the suburb of Katelhong. It is near south Johannesburg, a mere 12 miles from Wits straight up Hwy. 3.

Katelhong has seen some of the very worst of the looting.  A particular news report seen worldwide showed looters in a “cat and mouse” game with police.  Looters ransacked an upscale mall, while security guards occasionally fired warning shots to no avail.

Just have a look there.  Those live pictures.  Every time the police move away, they keep… there you have it, more people moving in to go and loot.  At this particular mall in Katelhang.

And looters are not just hitting shops.  More:

Several shopping centres in Soweto – South Africa’s largest township which was once home to Nelson Mandela – have been completely ransacked, with ATMs broken into, restaurants, stores selling alcohol and clothing shops all left in tatters…

Video footage shows that a blood bank was looted in Durban as Mr Ramaphosa addressed the nation on Monday night.

Shops were looted overnight, a section of highway was closed and stick-wielding protesters marched through Johannesburg…

The Johannesburg Metropolitan Police Department (JMPD) said there had been looting in the Alexandra township and Jeppestown suburb on Saturday night.

Jeppestown is right next to Wits, less than a mile away.

On July 16, 5 days after the rioting and looting started to spread, Subspeciest.com reached out to Prof. Berger about the safety and security of the collection.  His response was notably brief and to the point:

“We have protocols for such situations”