A groundbreaking new research paper, released July 28, finds according to the London Times: 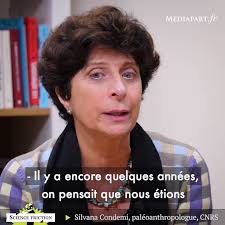 Sex with modern humans may have proved deadly for Neanderthals.  scientists have discovered, finding that it could have led to a blood disorder in their babies that helped to drive them to extinction.

Haemolytic disease happens when the mother’s blood type is mismatched with that of her fetus.  Unfortunately, it’s often fatal.

During pregnancy, RBCs from the unborn baby can cross into the mother’s blood through the placenta. HDN occurs when the immune system of the mother sees a baby’s RBCs as foreign. Antibodies then develop against the baby’s RBCs. These antibodies attack the RBCs in the baby’s blood and cause them to break down too early.

Until now it was believed that Neanderthals had Blood type O.  But researchers using new technologies for genetics testing and archaic Hominid DNA recently made available, discovered Neanderthals and Denisovans have all four – A B AB and O.

Cosmos details how this might have negatively impacted our Hominid cousins, July 28,

Sylvana Condemi – How to give a Neanderthal a blood transfusion

transfusing a Neanderthal with human blood would be a bad idea. Because of the mismatched Rh types, there’s a one-in-five chance of producing a baby with haemolytic disease. “That might explain why Neanderthal-human inbreeding was limited,” says paleoanthropologist and lead author Silvana Condemi.

interbreeding with modern humans could have put them at risk of another kind.

Condemi says that if an Rh ‘partial complete’ Neanderthal mated with an Rh complete H. sapiens, there would be an 18% chance of the infant developing the condition known as “haemolytic disease of the newborn” and dying.

This, the researchers believe, could be a key factor to the ultimate demise of the Neanderthals.

But during the course of their research another stunning find. 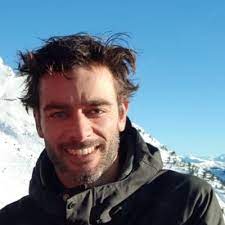 The next surprise was that all three Neanderthals carried a rare Rhesus type which Condemi refers to as “Rhesus plus incomplete”. This variant had only ever been seen once before. In 2019, researchers analysing the DNA of 72 Western Desert Aboriginal people found that one of them carried the same novel Rhesus type. [Emphasis added]

“At the time, it was assumed to be a new Rhesus type that had arisen in Australia,” says Condemi. “Now we know that it had existed in the past and was lost.”  The authors also found that in a population of 80 people from Papua New Guinea, only one carried this rare Rh type. [Emphasis added]

Actually, a paper from 2004 led by W.N. Erber, identifies an Aboriginal woman tested in 1962 that may have had the same rare blood type.

The Haematology of Indigenous Australians

Rhnull was first described when the red cells of an aboriginal woman from the Western Desert region failed to react with more than 100 different Rhesus antisera [46]. It was noted at the time that this phenotype could represent the inheritance of a rare suppressor regulator gene at a locus other than Rh, or the inheritance of silent alleles at the Rh locus.

The genetic background of the Rhnull phenotype was determined when relatives were studied.A variant of R2 was described in 1962 when Vos and Kirk reported an antibody in an indigenous Australian that reacted with 130 Eþ samples from Caucasians but was non-reactive with 50% of a similar number of Eþ red cells from indigenous Australians [47].

The authors suggest, introgression may have occurred in the Levant (modern day greater Israel), when both Homo sapiens and Neanderthals inhabited the region.

Neanderthals Had Blood Types Just Like We Do, Surprise Discovery Reveals

researchers suggest, that this mysterious link is evidence of interbreeding between Neanderthals and H. sapiens before the latter migrated to Southeast Asia.

Quoting from the paper itself, “Blood groups of Neandertals and Denisova decrypted” July 28, journalspos.org,

Such a common blood group pattern across time and space is coherent with a Neanderthal population of low genetic diversity exposed to low reproductive success and with their inevitable demise. Lastly, we connect a Neanderthal RHD allele to two present-day Aboriginal Australian and Papuan, suggesting that a segment of archaic genome was introgressed in this gene in non-Eurasian populations.

And the specific subsection:

A (mysterious) genetic link between Neanderthals and Australia 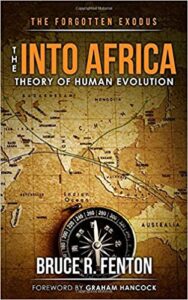 A parsimonious hypothesis to explain the relic of a RHD haplotype common amongst all Neanderthals in 2 modern Oceanians only, would suggest that the RHD*DIII type4 with c.602G and c.733C profile have been carried by Levantine Neanderthals and passed to modern humans before 65 kya and the route towards SouthEast Asia. [Emphasis added]

Are the two identified individuals are directly descended from one of the older migrations out of Africa of an archaic Homo sapien population, 100,000 to 120,000 years ago. If that were the case, it might further undermine Recent Out of Africa, 50,000 years ago.

A distinct genetic link between the Neanderthal blood types and the blood types of an Aboriginal Australian and an indigenous Papuan suggests the possibility of mating between Neanderthals and modern humans before modern humans migrated to Southeast Asia.
Another possibility, it could give a boost to Out of Australasia hypothesis. Bruce Fenton, a friend of this site, Author of three anthropology books including,  “Into Africa,”  gave us this quote:
“Australasia is where Homo sapiens emerged and where fully modern humans arose as hybrids of now extinct populations. The fact only Australasian people have this ancient blood type is yet another confirmation of my work.”
0 LovesLove Archaic Hominins, Demographics No Comments