Chris Stringer – “Possibly an earlier Homo Heidelbergensis had survived in Africa, and was interbreeding with modern humans in Sub-Saharan Africa” 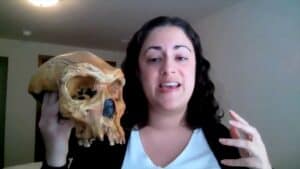 Is Heidelbergensis the mysterious ghost species admixture for Sub-Saharan Africans?

In January of 2020, two genetics researchers at UCLA Arun Durvasula and Sriram Sankararaman released findings from their study showing that various African populations contain from 2% to 19% archaic ghost species DNA.

A few percent of the DNA in the living West Africans seemed to have arisen in a distant branch of humans that were not Homo sapiens, or other species in our genus known from their genes…

They estimated that the ancestors of West Africans and the ghost archaic population interbred roughly 50,000 years ago — intriguingly, around the time that modern humans in Eurasia also interbred with Neanderthals and Denisovans.

Mr. Durvasula and Dr. Sankararaman’s model suggests that this ghost archaic population split as long as a million years ago from the lineage that led to modern humans, Neanderthals and Denisovans.

Since the groundbreaking UCLA study two years ago, many top paleo-anthropologists have speculated on the identity of the African ghost.  As you can read right here at humansubspecies.com, Professor John Hawks of the Univ. of Wisconsin, and a close friend of Dr. Lee Berger, hinted it could be Homo naledi.

“African peoples have DNA that come from branches that are as old as the Neanderthals. And very much like the Neanderthal case, where you have maybe two percent of their genetics.  People today have 2% of their genetics from some other ancient groups.  We don’t know who they were.  And it’s possible that Naledi is one of these groups, maybe not…”

But Chris Stringer is now suggesting it might be Heidelbergensis.  The species was first discovered in a German quarry in 1908.  Since then numerous Heidelbergensis fossils have been unconvered in France, Israel, and an amazing 31 different individuals in Atepuerca, Spain.

Heidelbergensis is thought to have lived 700,000 to 200,000 years ago.  They were quite advanced, with hunting tools, and the use of fire.

Comparison of Neanderthal and modern human DNA suggests that the two lineages diverged from a common ancestor, most likely Homo heidelbergensis, sometime between 350,000 and 400,000 years ago – with the European branch leading to H. neanderthalensis and the African branch (sometimes called Homo rhodesiensis) to H. sapiens.

The rethinking of Heidelbergensis’s place on the map of Homind evolution mostly comes due to the re-dating of the Kabwe (Broken Hill) skull from Zambia (Rhodesia).  From the Natural History Museum, Oct. 2020:

Dating the Broken Hill skull: Homo heidelbergensis was younger than we thought 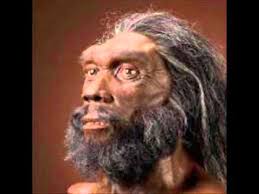 Originally, comparisons of the fossil with other sites in Africa and Europe led researchers to presume the skull was likely around 500,000 years old, but this has never been confirmed.

Chris and his colleagues turned to uranium isotopes found within the Broken Hill skull itself to pinpoint a far more accurate date. This yielded an age of about 299,000 years ago, within a range of 25,000 years each side.

One year ago, Prof. Stringer gave an hour long lecture “Human Evolution: Where are we now.”  He moved various Hominid species around based on the most recent evidence available. Stringer:

“I’ve been rethinking what the common ancestor of modern humans may have looked like.  So, my view for a longtime has been that Homo heidelbergensis was a widespread species.  We’ve got examples here from France, from Greece, from Zambia, and from Ethiopia. So a widespread species about 500,000 years go.  So for 35 years I’ve been arguing that this was the common ancestral species…

My view for a longtime is that the Heidelbergensis face is kind of intermediate between these [modern humans and Neanderthals], so therefore in Africa it could give rise to the Sapiens face…

More recently, Professor Stringer was interviewed on the Finding Genius podcast where he discussed recent genetic finds from his team.  They found, Europeans, Asians and southeast Asians had no other archaic DNA besides Neanderthal and Denisovan.  At the 9.30 minute mark, he asserts:

“In Africa, there’s also some potential interbreeding there, an unknown archaic species.  Possibly an earlier Homo Heidelbergensis had survived in Africa, and was interbreeding with modern humans in Sub-Saharan Africa, as well. “

Hawks and Stringer may appear to be at cross-swords.  But there is also the possibility different African populations inter-mixed with different archaic Hominids – Homo naledi with South Africans leading to modern KhoiSan and South Central Africans with Homo Heidelbergensis leading eventually to the Bantu peoples.

Stringer hinted at such in 2020, Reuters,

Most scientists now assign [Kabwe/Broken Hill skull] to the species Homo heidelbergensis, which inhabited parts of Africa and Europe starting about 600,000 years ago.

Anthropologist Chris Stringer of the Natural History Museum in London said its age indicates at least three human species inhabited Africa around 300,000 years ago: Homo sapiens in places like Morocco and Ethiopia, Homo heidelbergensis in south-central Africa, and Homo naledi in South Africa, known for primitive features including traits suitable for tree-climbing.