Zack Beauchamp, 40.5k followers, began the Twitter battle on May 17: 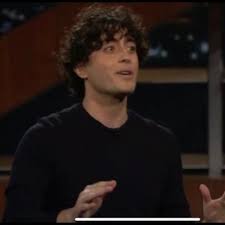 An awful lot of people are saying that arguing for “Great Replacement,” a conspiracy theory in which Democrats/Jews are masterminding immigration and non-white reproduction to wipe out “legacy Americans,” is the same thing as noting that demographic change happens.

Beauchamp, a senior writer for the far left-wing Vox, was reacting to an interview with Republican Rep. Elise Stefanik of upstate New York suggesting Democrats wanted open borders, to boost their vote potential.

From Rolling Stone, May 17,

Elise Stefanik is the third-ranking Republican in the House of Representatives. She is a member of the party’s leadership… She’s also one of a growing contingent of conservatives who have brushed up against the “great replacement” conspiracy theory, a white supremacist (sic) tenet holding that white people are being replaced by people of color and, politically speaking, that Democrats are deliberately trying to flood the U.S. with immigrants in order to gain an electoral advantage…

Democrat pollster and data guru David Shor Tweeted back a reply to Beauchamp: 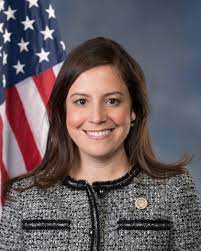 I do think there was was definitely some weird glee in a lot of the 2012 – 2016 coverage that was pretty ill-advised.

Shor is a longtime statistician and demographer with the left-of-center Center for American Progress.

David Shor is a senior fellow at American Progress. Shor is a data scientist who consults with progressive groups around measurement, resource allocation, and content testing. Prior to working with American Progress and other outside groups, Shor was the director of Political Data Science at Civis Analytics, overseeing a research and development program that interviewed millions of people for hundreds of individual campaigns and electoral organizations.

Shor has been known to buck the standard Democrat Party line before, particularly on racial demographic trends and how they impact American politics.

The data scientist David Shor is urging Democrats to dump their racial justice message if they want to maintain any power. That’s a terrible idea…

The issue has been all over the pages of The New York Times in recent days. Ezra Klein wrote an interesting profile of David Shor, a data analyst who became famous by warning Democrats that taking Black people seriously after George Floyd’s murder would lead to whites’ leaving the Democratic Party. He was right, of course, 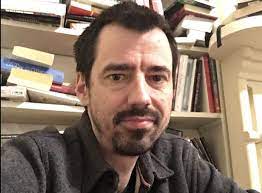 Great Replacement Theory or GRT, also referred to as simply White Replacement, has been limited to the fringes of politics, discussed on Reddit, Gab, Red Ice TV, Alex Jones, Paul Joseph Watson and other Alt Right or Dissident Right media.  But in the last few weeks, particularly in the last few days, GRT has garnered major media nationwide and in the international press.

Liberal media at first wrote it off as a “conspiracy theory,” and denied its legitimacy.  Then the right hit back with articles and opinion pieces from the 2010s by these same publications applauding white replacement.

I remember when Jimmy Fallon told his audience about the census’s finding that the white population had shrunk, and they responded with rapturous applause. It’s ok to celebrate demographic change, but if conservatives worry about it, then it’s a conspiracy.

Now the liberal media is switching back to white replacement is real, but adding it’s positive for the American economy.  They are even re-packing replacement as demographics “renewal.”

From the NY Times opinion,

The Right Weaponizes America Against Itself

This is both nothing new and nothing at all. The United States has, from its earliest days, repeatedly “replaced” its working class with migrants, not as an act of substitution, much less as a sinister conspiracy, but as the natural result of upward mobility, the demands of a growing economy and the benefits of a growing population.

What all of this says is that the phenomenon of replacement, writ large, is America, and has been from the beginning, sometimes by force, mostly by choice. What the far right calls “replacement” is better described as renewal.