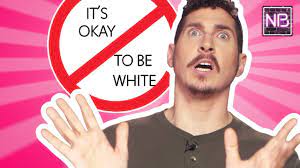 Ro Khanna is the Democrat Representative for District 17 in California.  He represents the East Bay area of northern California.  The San Jose based district was represented by moderate Republican Rep. Paul McCloskey for decades.  Democrat Rep. Mike Honda than took the seat.  Khanna beat Honda in the CA jungle primary system (first two top vote getters regardless of party), in 2016.

Khanna was born in Philadelphia to immigrant parents from India.  He is a Yale law school graduate.  Khanna served as deputy assistant secretary in the Obama administration.

In some Democrat Party circles Khanna is regarded as Silicon Valley’s man in Washington.  Indeed Khanna himself calls his district “the heart of Silicon Valley.”   Khanna also tries to create a persona for himself as not your typical Democrat.  His tag line in all his campaign materials is “progressive capitalist.”  His views, as he describes himself include social welfare, universal health care, but with an ear to concerns of the business community.

With that in mind, Rep. Khanna was interviewed by NPR on April 28 along with his fellow far left Congressman Jamie Raskin of Maryland.

Republicans are threatening to take over the House of Representatives in this year’s midterm elections. More than 30 House Democrats are heading for the exits. And progressives have seen several major legislative proposals stall out.

But two progressive lawmakers in the House, Democratic Reps. Jamie Raskin and Ro Khanna, say they’re developing a plan to turn around the cascade of bad news for their caucus.

Raskin of Maryland and Khanna of California tell NPR they’re on the ground floor of talks to fuel new victories for the party’s liberal wing.

Democrats should… stay out of the political correctness business… they said. 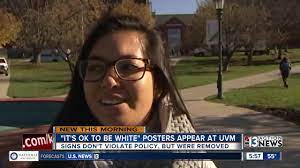 They say this includes coalition-building, sharing a more optimistic message with voters and less preaching. Democrats should also reclaim issues of patriotism, stay out of the political correctness business and improve their dialogue on racial divisions, they said…

Raskin and Khanna argue that former President Donald Trump was able to encroach on what was traditionally Democrats’ turf — middle America — by speaking their language.

Khanna said Trump has been able to to capture patriotic rhetoric, but he and Raskin argue that Democrats need to take that talking point back from Republicans.

And this is also tied to issues of race, Khanna said.

“The idea that we would become this first major multiracial, multiethnic democracy in the world without conflict, I think is naïve,” he said. “Trump is fighting for a parochial vision of American patriotism…”

“Look, some of our greatest leaders were white…  It doesn’t diminish a pride in being American or price in being Caucasian…” 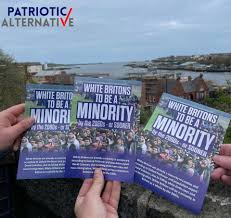 Khanna also argues Democrats need to talk about race more candidly. For example, Democrats can address Republican attacks on critical race theory by addressing parents’ fears that their children are being taught to be embarrassed to be white and American.

“That’s really what that’s about. Now, I think we ought to say very clearly, ‘Look, some of our greatest leaders were white,'” Khanna said. “It doesn’t diminish a pride of being American or pride in being Caucasian to say there are things we’ve done in our country that are historically wrong, like slavery for 250 years and 100 years of Jim Crow.”

Note – The It’s Okay to be White movement has recently been in the news.  UK Patriot groups have been flyering homes in southern Engliand towns.  See “‘Outrageous’ far-right anti-immigration flyers hand delivered to homes in Taverham,” Norfolklive.co.uk, Jan. 18.

More recently, a UK Patriot group even rented a small engine plane to fly a banner reading “It’s okay to be white” over a well-attended professional soccer match.

The movement has spread to cities and college campuses in the US, as well.

Khanna may have bigger plans ahead.  He was featured in Politico in mid-March,

Top progressives are encouraging the California congressman to run in 2024 if Joe Biden doesn’t seek reelection.

And he’s doing everything necessary to lay the groundwork for a ’24 campaign. 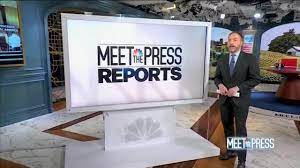 Khanna has appeared on “The Late Show with Stephen Colbert” and “Real Time with Bill Maher” to publicize his book, “Dignity in the Digital Age: Making Tech Work for All of Us,” as well as at in-person and virtual events in Pennsylvania, New York and California.

In addition to party insiders quietly recruiting him to run, Khanna has received some support from important sectors such as hard left progressives and multi-ethnic/diversity activists.

“Ro has a clear vision of both protecting America’s status as a multiracial democracy and bringing economic opportunity from the coasts to every corner of the country,” said Neil Makhija, executive director of the civic group Indian American Impact.

“I think it would be great to have a President Ro,” said Ben Cohen, the Ben & Jerry’s co-founder who served alongside Khanna as a co-chair for Sanders’ 2020 campaign. “He’s just an honest, sincere guy who really wants what’s best for the majority of Americans.”

Perhaps recognizing the dangers of being pegged as the hard left non-white candidate, Khanna Tweeted out a link to a Chuck Todd, MSNBC segment from Meet the Press, April 30, “Lost Country: How The Democratic Party Lost Rural America.”

This ⁦@chucktodd segment is worth watching on rural America. It is only if Democrats show up with respect, listen, and commit to a roadmap for economic renewal with good paying jobs that we can build a strong governing majority.