Bubba Wallace, a “Black Man” is actually half White?

Bubba Wallace, NASCAR driver is he white or black?

Anthropology. (not in technical use) the offspring of one white parent and one black parent… a person who has both black and white ancestors.

All across the media NASCAR driver Bubba Wallace is being described as “black” or “African American.”

How did the media get duped — again — on the Bubba Wallace story? 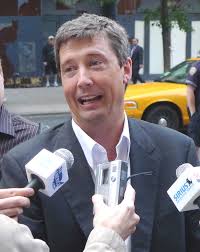 As reliably as children being fooled by Santa Claus, the news media has once again been duped by an obviously false story that fit their favorite narrative about race. Last year, it was the Jussie Smollett fiasco, on which I was one of the first media commentators to call out as lacking credibility, today, in a very different but similar story, we have learned that, contrary to an enormous amount of media outrage and moralizing, black NASCAR driver Bubba Wallace was not the victim of a noose-related hate crime…

When I first heard of the story, I assumed there must be a photo of the noose in question, and was very curious to see how someone could be both so incredibly awful, and well as insanely stupid, as to do something so horrifically racist to a black driver.

Towards the end Ziegler asks:

Yesterday we learned from the FBI that it was a hoax.  The supposed “noose” turned out to be a garage door rope.

Bubba Wallace’s dad is a wealthy white businessman who paid for him to start racing at age 9.

Steve directed us to an article he wrote at takimag.com, “Nature, Nurture and NASCAR” in 2013: 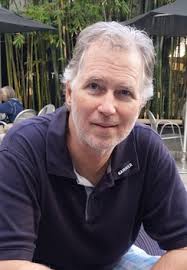 today’s exceptions to the rules, often turn out to be unexceptional.  For example, young [Bubba] Wallace, last weekend’s winner, is not some genetic fluke who has emerged straight outta Compton to compete in NASCAR on raw talent. The North Carolinian’s father had him racing by age 9… Racially Wallace is always described as black, but ethnically he’s a good old boy.  Unsurprisingly, he has a white Southern father, a white Southern accent, and a white Southern Twitter handle: @BubbaWallace.

Bubba Wallace himself is nuanced about his ethnicity, preferring “African American background” to black.

“There is only 1 driver from an African American background at the top level of our sport..I am the 1. You’re not gonna stop hearing about ‘the black driver’ for years. Embrace it, accept it and enjoy the journey,” Bubba tweeted.

And Wallace grew up in a socially white environment.  His Mom who is Mulatto:

“Being in an interracial marriage all those years, I grew up watching NASCAR. Dale Earnhardt Sr., was our favorite driver before he passed…

Editor’s note – Full disclosure.  Ziegler is a former bombastic radio talk show host from southern California. He and I are former internet buddies. We had a major falling out a few years ago over Trump.  It got rather heated.

Bubba in the bathtub interview with a real black dude, on YouTube from 2019.