Marmosets – Planet of the… Monkeys? Human gene expands their Neo-Cortex in lab trials

No longer stuff of fiction or Hollywood movies.  In lab tests in Japan, a human specific gene has been successfullty inserted in a South American species of monkey.  The Marmosets in lab trials have shown significant evidence of an “expansion” of the NeoCortex region of their brains.

The gene is identified as ARHGAP11B.

The expansion of the human brain during evolution, specifically of the neocortex, is linked to cognitive abilities such as reasoning and language. A certain gene called ARHGAP11B that is only found in humans triggers brain stem cells to form more stem cells, a prerequisite for a bigger brain. Past studies have shown that ARHGAP11B, when expressed in mice and ferrets to unphysiologically high levels, causes an expanded neocortex, but its relevance for primate evolution has been unclear.

that this human-specific gene, when expressed to physiological levels, causes an enlarged neocortex in the common marmoset, a New World monkey.

According to MedicalExpress, ARHGAP11B is about 5 million years old and emerged:

along the evolutionary lineage leading to Neanderthals, Denisovans, and present-day humans, and after this lineage had segregated from that leading to the chimpanzee. 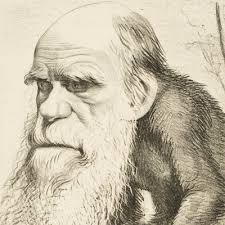 The expansion of the human brain during evolution, specifically of the neocortex, is linked to our cognitive abilities such as reasoning and language…

The research was undertaken to determine how “the human neocortex became so big.”  But a successful lab result of a human gene implanted in the brains of monkeys, expanding their Neo-Cortex region, may spark interest of another kind.

“We found indeed that the neocortex of the common marmoset brain was enlarged and the brain surface folded. Its cortical plate was also thicker than normal. Furthermore, we could see increased numbers of basal radial glia progenitors in the outer subventricular zone and increased numbers of upper-layer neurons, the neuron type that increases in primate evolution.”

The researchers seem to be aware of the mind-boggling ramifications of their study. Wieland Huttner of the Max Planck Institute is quoted at Smithsonian.mag:

“You have to be very careful,” Huttner says. “If you do genetic manipulation in humans, you can only do it if it is to cure a disease where you have an abnormal mutation and you bring it back to the identified normal sequence. Only then. But to try to ‘improve’ humans, no way.”

“In those movies, human civilization is overthrown by hyper-intelligent gorillas, chimpanzees, and orangutans.  If we manage to get taken out by floofy-eared marmosets, each of whom weighs only a little more than a Big Mac, we SUPER deserve it.”

Editor’s note – Cute video on Marmosets as pets at YouTube.

UPDATE! – A research paper has since been released on a related topic.  Appearing in the journal Nature, Abstract excerpt, Sept. 20, 2021,

The Oct-1Z-encoding transcript is expressed mainly in human brain cortex. Under normal conditions, the translation of the ORF coding for the Oct-1Z isoform is repressed by uORF. Under various stress conditions, uORF enables a strong increase in the translation of the Oct-1Z-encoding ORF. Increased Oct-1Z expression levels in differentiating human neuroblasts activate genes controlling stress response, neural cell differentiation, brain formation, and organogenesis. We have shown that the Oct-1Z isoform of the POU2F1/Oct-1 transcription factor is an example of a primate-specific genomic element contributing to brain development and cellular stress defense.