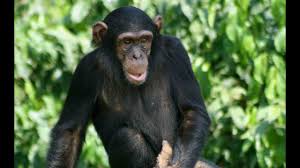 Dr. Shi Huang is well-known to regular readers of Subspecieist.com.  The former longtime University of California-Davis lab assistant/researcher is now the lead evolutionary scientist with the Central China South University in Hulang (Bio).
He is not one to shy away from controversy. His Tweet Jan. 2021, from our article,

“That Africans carry more ancestral alleles (=archaic or apes) has been well demonstrated by the rooting of phylogenetic trees in Africa for both autosomes and uniparental DNAs by using the outgroup rooting method.  Biological significance of this?  Eerie silence…”
In his latest salvo, Dr. Huang highlights a 2013 article in Nature, by Erika Check Haden, “Ethics, Taboo Genetics.”  The article focused on controversial geneticist Dr. Stephen Hsu formerly assistant professor of Mathematics at Yale, also of the Univ. of Oregon and most recently Dean of Graduate Studies at Michigan State University.

As Haden notes in Nature, 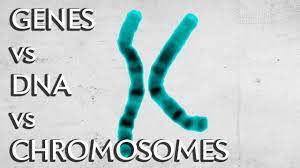 Around 2010, after years of work as a theoretical physicist at the University of Oregon in Eugene, Hsu thought that DNA-sequencing technology might finally have advanced enough to help to explain what made those kids so smart. He was hardly the first to consider the genetics of intelligence, but with the help of the Chinese sequencing powerhouse BGI in Shenzhen, he planned one of the largest studies of its kind, aiming to sequence DNA from 2,000 people, most of whom had IQs of more than 150.

He hadn’t really considered how negative the public reaction might be until one of the study’s participants, New York University psychologist Geoffrey Miller, made some inflammatory remarks to the press. Miller predicted that once the project turned up intelligence genes, the Chinese might begin testing embryos to find the most desirable ones. One article painted the venture as a state-endorsed experiment, selecting for genius kids…

Hsu fanned the flames.  He is quoted:

“I’m 100% sure that a technology will eventually exist for people to evaluate their embryos or zygotes for quantitative traits, like height or intelligence. I don’t see anything wrong with that.”

Hsu, in 2020, was forced to resign his position at MSU under fire from a brigade of woke, largely Afro-ethnic students who petitioned the University for his removal.

Today, his colleague and friend Dr. Huang Tweets out this quote from the Nature piece:

“Any time there’s a taboo or norm against studying something for anything other than good scientific reasons, it distorts researchers’ priorities and can harm the understanding of related topics…” — Christopher Chabris of Union College in Schenectady, New York
He followed up with this comment:
Shi Huang @shi_huang5
If research on racial IQ differences is prohibited, what related research will be negatively affected? Research on the origin of modern people is also.
Note – Dr. Huang, of course, is not a native English speaker.
The article in Nature talked of a link between genetics and mental states that could lead to violence.   In past criminal trials, defense attorneys have presented evidence to juries of specific genetic disorders, leading their clients to act out.

a variant of a promoter of a serotonin transporter gene, SLC6A4, that is linked to depression in people under stress. 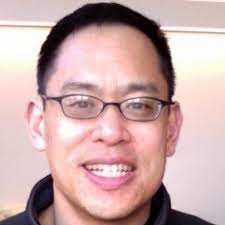 “There is no strong evidence for specific gene variants (alleles) that lead to group differences (differences between clusters) in behavior or intelligence, but progress on the genomic side of this question will be rapid in coming years…” — Dr. Stephen Hsu, Infropoc blog post, 2008

There is a dramatic difference in European Americans and African Americans/Caribbeans in the presence of these transporter genes.

A functional insertion/deletion polymorphism in the promoter of the serotonin transporter (5-HTT) gene SLC6A4 has been shown to modulate SLC6A4 transcription, affecting response to SSRIs. Several studies in populations of predominantly European ancestry have consistently found that the SLC6A4 promoter polymorphism (referred to as the 5-HTT-linked polymorphic region; 5-HTTLPR) long (L) allele is associated with better response to SSRI treatment than the short (S) allele.

The frequency of SLC6A4 (5-HTTLPR) alleles in 865 black Americans and Afro-Caribbeans was examined to assess possible implications for treatment. SLC6A4 (5-HTTLPR) genotypes were determined in individuals with self-identified African ancestry from South Carolina (n = 489), western Pennsylvania (n = 207), and Tobago (n = 169). Frequencies were compared using chi-square analyses. It was verified that the L allele is highly prevalent in Americans of African ancestry, ranging from 77% in western Pennsylvania to 87% in South Carolina. The frequency of the SLC6A4-(L) allele is significantly higher in African-Americans than has been reported for European-Americans (typically 56-60%).  [Emphasis added]

And it might be Epigenetics, environmental factors expressing genetics expression, compounding the problem of violence by Afro-ethnics, particularly in urban centers.

Those two domains are coming together as researchers look for more clues to the environmental factors that interact with genetics in influencing behaviour.  [Tracy Gunter of Indiana University in Indianapolis] was part of a team that showed that certain epigenetic modifications on the MAOA gene are linked to substance abuse in adult women, and these modifications are influenced by a history of smoking. “Every year that I work in this field has been a lesson that it’s not just genes or environment,” she now says. “It’s genes and environment that matter.”

Despite this strong evidence linking certain behaviors to specific genetic predispositions and races with lower IQ rates, discussions from academics of such topics can garner enormous pushback.   Dr. Hsu issued a statement back in 2020 (Via Michigan State News) before he was canned.

“The Twitter mobs want to suppress scientific work that they find objectionable. What is really at stake: academic freedom, open discussion of important ideas, scientific inquiry. All are imperiled and all must be defended.”

He is now out of the academic field doing private research.  But Dr. Shi Huang continues his legacy, seemingly fearless against the Twitter mobs.