On the final day of campaigning before the all-important 2022 mid-term elections, Biden made what many are viewing as a verbal slip, if not an outright condescending remark.  “You’re just as smart, you’re just as bright…” Biden told the overwhelmingly Afro-ethnic American crowd.

Biden had a similar gaffe on the campaign trail in Iowa back in 2019.

The full text from a speech to the Latino and Asian Democrats club in Iowa, August 9: 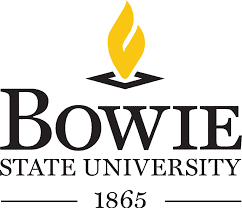 “And another thing we should do is we should challenge these students. Advance placement programs in these schools. We have this notion that somehow if you’re poor, you cannot do it.  Poor kids are just as bright and talented as white kids. [Scattered applause.]  Wealthy kids, black kids.”

The full clip of his remarks can be seen at Major League Liberty at Bitchute.

The New York Post wrote of at the time, calling it a “stunning blunder”:

“Gaffe prone presidential hopeful Joe Biden put his foot in his mouth during an Iowa campaign stop… Biden committed the stunning blunder at a campaign stop… in Des Moines.”

“Poor kids are just as bright, just as talented, as white kids,” he added.

Biden almost immediately went into damage control mode, quickly adding: “wealthy kids, black kids, Asian kids, no I really mean it, but think how we think about it.”

The Trump campaign quickly picked up on it. 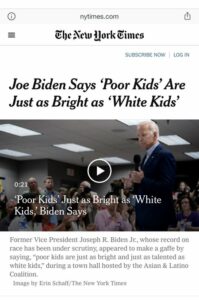 President Trump’s campaign quickly seized on the tongue slip, with his “rapid response director” Andrew Clark tweeting out a video clip of the remark.

“Yikes…have fun mitigating that one,” he tweeted.

On the Glenn Beck show:

“Had this been a Republican who said this, it would be the end of his career.  [If Trump had said this]… absolute proof of his white supremacy.”

Even leftwing NBC News recognized the complications with the remarks.

Though Biden’s remarks were greeted with applause in the room, President Donald Trump’s 2020 campaign quickly pounced on the gaffe, tweeting out video of the speech.“Yikes…have fun mitigating that one,” Andrew Clark, the campaign’s rapid response director, tweeted.

Biden got in some hot water in late September, when he made a false statement about having once attended an Historic Black College or University.

The 77-year-old Democrat made his claim while praising historically black colleges and universities (HBCUs) during a town hall event last October before the South Carolina Democratic primary, video shows.

“I got started out of a HBCU, Delaware State,” he told pupils at Wilson High School in Florence, which was founded in 1866 by the Freedmen’s Bureau for black children seeking an education.

Biden campaigned at another Historic Black College and University in Maryland on Monday for a Get Out the Vote rally.

Biden blasted after insisting HBCUs ‘just as smart’ as other colleges: ‘Soft bigotry of low expectations’ 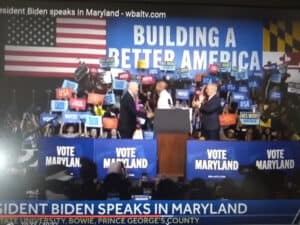 Biden appeared at the university to help campaign for Democratic gubernatorial candidate Wes Moore ahead of the midterm elections on Tuesday. With Bowie State University being a historically Black college and university (HBCU), the president took the time to highlight his administration’s efforts in promoting HBCUs.

Greg Price, an independent reporter with over 100,000 Twitter followers attended the event. Price was the first to report:

Here is the full text:

“Look, talking about my historic commitment to HBCUs that includes $5.8 billion I put in the budget for HBCUs. You know why? HBCUs don’t have the endowments that others have. But guess what, you’re just as smart, you’re just as bright, you’re just as good as any college in America. And that money, that money is to build laboratories and other things for the future that you need to have access to…”

As Fox News further points out:

During his comments, he told the mostly Black audience that they were “just as bright” as other American colleges despite not having the same endowments.

Many social media users criticized Biden for his comment as another example of him making a racial gaffe.

And from Greg Price’s timeline:

How is this not considered an insult? — Rusty Shackleford

One commenter snarked about Biden’s prior gaffes:

Most people don’t know this but Biden is actually the president of an HBCU. And he’s a professor there too. And a student. And his son would have gone there had he not died in Vietnam. — Kutscene

Other commenters pointed out the irony, that when Biden made the remarks, the students cheered.

Biden’s full remarks in Bowie can be seen here – YouTube.