Here is the dialogue as originally posted on Reddit by students in his class who were offended.

“I’ll give you a fact – Black people do poorer on IQ tests than white people.”

“Asians do better than white people on IQ tests; that’s a fact.”

Sherman added, according to the video: 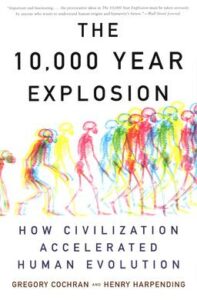 According to emails sent to students in CHEM 313 and Science One obtained by The Ubyssey, Sherman has been replaced as the instructor for both of those courses and is now on “indefinite leave.” UBC confirmed that an email was sent to students in CHEM 313 informing them of this instructor change, but referred The Ubyssey back to its earlier statement quoted in this article when asked whether Sherman was on “indefinite leave.”

Note – Bawaan, a reporter not an editorial writer, awkwardly places a disclaimer at the top of his article:

American Anthropologist Gregory Cochran is a former research associate at the University of Utah.  He specialized in racial differences.  He’s also the co-author of “The 10,000 Year Explosion: How Civilization Accelerated Human Evolution.”

[Population differences in IQ test results] “They do tell you some things. For example, the a priori probability that some white guy has an IQ ≥ 150 is quite low (~ 1 in 1000) , but the probability that a black guy has that IQ is much lower.”

The professor did not volunteer a reason for the gaps, but merely stated that they exist. James Flynn wrote that professors regularly told him that universities don’t teach courses on human intelligence because they are afraid a student will ask about race IQ differences.

Ian Romaru posted the video of the exchange on Twitter, February 10. 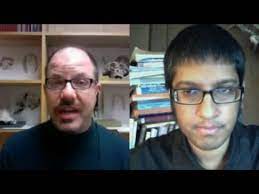 Razib Khan is a center-right Austin-based geneticist and longtime blogger, podcaster on human evolution.  Khan has been in the news a lot the last few weeks with the raging controversy on the death of E.O Wilson.   Khan organized 50 top paleo-anthropologists like John Hawks, to object to Sci-American’s labeling Wilson a racist.

Applying IQ to IQ: Selecting for smarts is important

Core competencies like language, facial recognition, and social intelligence are the mental characteristics that bind us and define us

The ability to engage in deep and complex abstraction varies greatly amongst humans, along a normal distribution.

Depending on the study IQ is at least 50% heritable. That means that half the variation in IQ in the population is due to variation in genes. Through genomics, scientists are now accounting for this through DNA as well as correlations across relatives. Pure genetic predictors of IQ can now explain life outcomes like how many years of education you complete.

IQ matters… General intelligence is one of the most predictive psychological measures in existence. The chestnut of wisdom that ability to test well measures how well you take a test is true but trivial. The implication that test measurement does not correlate with other aspects of performance is manifestly false. Those with higher measured IQs have higher incomes, greater educational attainment, and lower crime rates (this remains true among siblings who differ in IQ). This is well known within psychological science, but for various reasons has been obscured and downplayed by broader American culture.

Khan concludes with more and more research on genetics, the Race and IQ deniers will have a tougher go at making their case:

Over the next few years the genetic predictors are likely to get better, and the relationship between class, genetics, and education will become clearer.