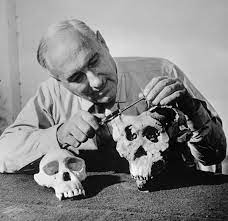 When Mary and Louis (and their son Johnny) first discovered Homo habilis in 1964 in Olduvai Gorge, there was hesitation on their part as to naming the news species, and whether or not to include it into the genus Homo.  They brought in famed Hominid fossil examiner Philip Tobias from South Africa to lend a hand.  Eventually the team decided on H. habilis (Handy man) given the abundance of stone tools found in the area, hypothesizing that they had found the tool maker.

But many anthropologists and archaeologists of the day objected to Leakey’s designation. Famed human taxonomist and paleo-anthropologist Dr. Bernard Wood of George Washington University explained in a 2014 paper in Nature, “Homo habilis, 50 years later”:

The proposal was met with considerable scepticism. Some thought that the fossils were too similar to Australopithecus africanus to justify a new species. John Robinson, a leading authority on australopiths, suggested that H. habilis was a mix of earlier A. africanus and later H. erectus bones. Other researchers agreed that the species was new. Very few accepted that it was the earliest human.

Wood goes on to offer his own conclusion: 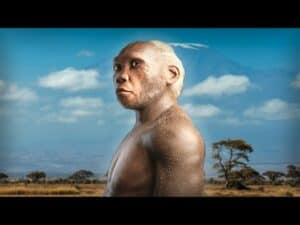 I have been involved with H. habilis for all but two of its 50 years, starting in 1966, when I analysed the ankle bone excavated alongside Johnny’s Child. Far from being like that of modern humans, the bone is a much better match for an australopith. Other features of H. habilis have also turned out to be less like those of modern humans than Louis and his team suggested.

In the mid-1970s, Louis and Mary’s second son, Richard, offered me the challenge of making sense of the early Homo skulls, crania and jaws from Koobi Fora. It was a lonely task involving 15 years poring over australopiths and H. erectus fossils in museums around the world… if H. habilis is added to Homo, the genus has an incoherent mishmash of features… My sense is that handy man should belong to its own genus, neither australopith nor human.

Professor William Kimball of Arizona State University and Director of the Inst. for Human Studies gives a definition for the genus in a 2016 paper, “From Australopithecus to Homo: the transition that wasn’t” published by the Royal Society:

Large brains, stone-tool technology, derived life-history traits and complex social behaviours have at one time or another all been seen as ‘defining’ of the genus Homo.

Now new evidence, examinations of Hominid skull fossils and re-dating are causing paleo-anthropologists to rethink previous designations of Homo.  Five Hominid skulls first discovered in 2003 buried under Mid-evil castle archaeological site in the Republic of Georgia, have caused paleo-anthropologists to rethink criteria for Homo.  Some have suggested that the skulls are Homo erectus.  Others argue that the skulls are Homo habilis.

“For example, a backward shift of the precentral sulcus over evolutionary time reliably indicates that the Broca region in front of it became expanded during human evolution,” Zollikofer said. “This region and its surroundings are especially interesting because, in modern humans, they are involved in speech production and other higher cognitive capabilities.”

the team’s analyses revealed that the earliest members of Homo had a brain with a great ape-like frontal lobe.

“The earliest populations of our genus Homo had quite primitive ape-like brains, like their ancestors, the australopithecines,” Ponce de León said. This includes fossils associated with Homo habilis and early Homo erectus, the researchers said.

Dr. Robert Patalano is a Postdoctoral Research Fellow at the Max Planck Institute in Leipzig, Germany (where Svante Paabo and Johannes Krause hang their hats). 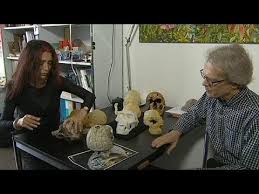 As a Postdoctoral Research Fellow in Palaeoenvironmental Biomarkers, I use stable carbon and hydrogen isotopes from archaeological sediments to answer questions concerning the relationships between environmental processes, cultural change, and human evolution. A lot of my work uses different gas chromatographs and mass spectrometers, such as compound specific isotope ratio mass spectrometry, to try and understand what happened climatically and ecologically in the past, and what, if any, was the human response.

As an archaeologist, paleoanthropologist, and aspiring geochemist, I have had the privilege of travelling and doing research in the Bahamas, across Canada and the United States, China, South Africa, Spain, Tanzania, and Zimbabwe, and working in archaeological context ranging from 2 million years ago in eastern Africa to 2000 years ago during the Han Dynasty in China.

We asked Dr. Patalano his thoughts on Homo habilis, if it is a separate species and if it deserved to be in the genus Homo or not.

It certainly existed, and I think the evidence from Dmanisi supports it being in the genus Homo. But there isn’t a lot of postcranial fossil material of H. habilis, so I understand those who are reluctant to place it in the genus Homo.