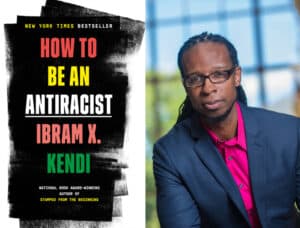 From his official bio:

DR. IBRAM X. KENDI is one of America’s foremost historians and leading antiracist scholars. He is a National Book Award-winning and #1 New York Times bestselling author of eight books. Dr. Kendi is the Andrew W. Mellon Professor in the Humanities and the Founding Director of the Boston University Center for Antiracist Research. Dr. Kendi is a contributor writer at The Atlantic and a CBS News Racial Justice Contributor. He is the host of new action podcast Be Antiracist. In 2020, Time magazine named him one of the 100 most influential people in the world. He was awarded a 2021 MacArthur Fellowship, popularly known as the “Genius Grant.”

Dr. Kendi is the author of The Black Campus Movement which won the W.E.B. Du Bois Book Prize, and Stamped from the Beginning: The Definitive History of Racist Ideas in America, which won the National Book Award for Nonfiction in 2016. At 34 years old, Dr. Kendi was the youngest ever winner of the NBA for Nonfiction. He grew up dreaming about playing in the NBA (National Basketball Association), and ironically, he ended up joining the other NBA.

On January 19, Martin Luther King Day, Kendi appeared on the Daily Show podcast carried on YouTube.  Randall Otis, a writer for the Daily Show was a co-guest. 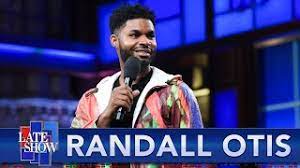 Randall Otis is a writer, comedian and actor based in Manhattan, hailing from Florida. He currently works as a writer at The Daily Show with Trevor Noah.

Randall has also been featured on the The Late Show with Stephen Colbert, VICE, Above Average, AllDefDigital, The Huffington Post.

The podcast was a total of 47 minutes long.  Kendi and Otis yucked it up for the first half of the show, trading historical notes on King, but also quips denigrating white Americans and snarks against Republicans.

At the 27 minute mark, the following exchange: 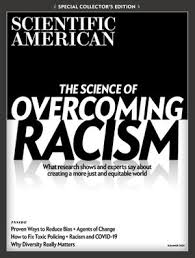 Otis: We learned [over Covid] that a lot of people don’t even think that science is real or sickness when it is affecting them actively.  I can’t imagine how difficult it must be to have people believe in racism or the affects of our racial history.  That’s kind of something I wanted to say.

Kendi: Randall, really quckly. I think generally people don’t believe in science. But they really don’t believe in racial science. They just think I’m up here talking, and you know, just one day, I just decided to start talking about race and racism. That I wasn’t trained to study this, that this isn’t my expertise, that people are sharing their views and I’m sharing my views. And that’s what really really makes it hard.

Kendi then went on to attack Donald Trump and his supporters:

Kendi in the last week has been all over the media attacking Republicans and Republican voters for not supporting Democrats’ so-called voter rights legislation.  He also advocated for scrapping the Senate filibuster.  And he is leading the charge against those who want to repeal critical race theory teaching in public schools.