Controversial and outspoken Richard Leakey, a giant in Paleo-Anthropology, has died at age 77

Richard Leakey – “his clipped British accent and proverbial stiff upper lip lend him an early-twentieth-century quality, a stoic individualism straight out of West with the Night, Beryl Markham’s classic tale of bush pilots in colonial Kenya”

Richard Leakey, son of Mary and Louise Leakey, husband to Meave Leakey has passed away at his home in Nairobi.

It is with deep sadness that we share the news of the passing of Dr. Richard Leakey. He was a visionary whose great contributions to human origins and wildlife conservation will never be forgotten.

France24.com was the first to report the news, after a press release from the Kenyan Government,

The world renowned paleotologist and man of politics Richard Leakey died on Sunday, 2 of January at the age of 77 years, an announcement from the Kenyan president.

“This afternoon, I announce with profound sadness, the news of the death of Dr. Richard Erskin Frere Leakey, the former Chief of Public Service of Kenya, declared the President Uhuru Kenyatta in an communique Sunday evening.

As Yahoo News reports, Leakey had been suffering from “skin cancer, kidney and liver disease,” for many years.

Leakey accused of racism: “a white African in power” 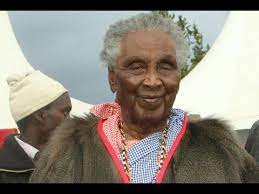 In 1993, the famed animal lover and conservationist had a terrible small plane crash while on safari.  He was piloting the plane.  He nearly died.  The plane’s engine crushed both his lower legs.  They were amputated in the hospital in Nairobi days later.

At the time of the accident Leakey was immersed in a number of political battles.   Ivory poachers were after him over his efforts to save endangered elephants and stop the illegal trade in Kenya.  He famously held a massive bonfire of captured elephant tusks that garnered worldwide media attention.

Additionally, a number of Pro-African nationalist politicians had accused him of racism. Accusations came from the Massai tribe, who some had suspected of being in league with the poachers.

William ole Ntimama, Kenya’s flamboyant Minister for Local Government and a member of parliament for the Masai pastoralists, began accusing the director of imperiously running the KWS as a one-man show and valuing Kenya’s wildlife more than its people.

“Leakey has disregarded our human rights and upheld the rights of animals to kill us,” Ntimama thundered in the Kenyan media… attacked Leakey in chorus on unspecified charges of “racism, arrogance, and corruption.”

Leakey later insinuated  that his political opponents might’ve had something to do with the plane’s engine being tampered with.  More from Yahoo News:

“There were regular threats to me at the time and I lived with armed guards. But I made the decision not to be a dramatist and say: ‘They tried to kill me.’ I chose to get on with life,” he told the Financial Times..

In 1972, Leakey led a team to northern Kenya to the Lake Turkana region, where they discovered a Homo rudolfensis fossil (sister species to Homo habilis). It created tremendous controversy. It was dated to 1.9 million years old.   See the fossil at efossils.org:

There is much debate as to whether or not Homo habilis and Homo rudolfensis are the same species. If they are considered separate species,

Then in 1975, Leakey’s team discovered Homo ergaster (Pre-Homo erectus) at Koobi Fora near Lake Turkana in Kenya.  It was dated to 1.8 million years ago.

But it was in 1984 when Leakey and his “Hominid Gang” including the famous fossil hunter Kamoya Kimeu, hit the jackpot.  They uncovered a 90% complete skeleton and cranium of Homo erectus.  It was an adolescent, later dubbed Lake Turkana Boy (also known as Nariokotome).    See a photo of the skeleton at Smithsonian.

Homo erectus is the first known species to spread widely within Africa and throughout Asia.

Though a visceral critic of the Right: Leakey acknowledged Race Realist views

Even in his later years Leakey engaged in political battles.  He had a notorious dislike for religious conservatives.  But he also took potshots at those who might be skeptical of Recent Out of African origins.

From an April 2018 lecture at the the University of Delaware, via udel.edu:

Leakey told a UD class earlier in the day that he is working to establish an “iconic” new structure in Kenya to celebrate Africa’s rightful status in world history. It would send a strong message to those still spreading racist, fascist views:

“It’s your motherland, so shape up,” Leakey said.

Despite his distaste for conservatives, Leakey, unintentionally perhaps, gave a hat tip to the modern race realist movement.

Our website has a quote from Dr. Leakey on Subspecieist Defined (Page 2), where he acknowledges archaic Hominid admixture in modern Eurasians.

In a 2019 Simons Foundation lecture (10:10), famed Paleontologist Richard Leakey remarked, “It’s very clear.  Not everyone has a proportion of a genetic make-up from Neanderthal.  But some do. It’s about 4%.”

Note – This website’s editor is a fluent French speaker.