“E.O. Wilson… did talk about evolution and behavior together in an insightful way, and that was enough to bring out the woke 70s rioters who forced him to change his writing focus to schmaltzy “biophilia.” — Nick Szabo, Computer Scientist 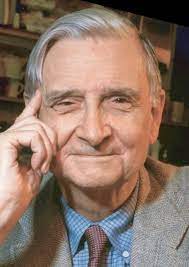 Famed biologist E.O. Wilson has passed away.  Wilson died peacefully at his home in Burlington, Massachusetts. He was 92.

Wilson authored numerous best selling books, including, the highly acclaimed “The Diversity of Life” published in 1992, with an updated version in 1999.

Wilson was a passionate naturalist from an early age. Wilson had a horrible fishing accident as a child.  Spines from a fish he had caught on a pier in Florida, pierced his eye. It left him blind in the one eye for life.

Wilson advocated for a life philosophy sometimes called biophilia, which describes man as having an innate attachment to the natural state. He was even labeled by the media, “Darwin’s natural heir.”

“The diversity of life on Earth is far greater than even most biologists recognize. Less than 10% of the Earth’s species have scientific names, he said, making it “a still mostly unexplored planet.”

He was also an advocate for preserving endangered species’ habitats.

Earth has at last acquired a force that can break the crucible of biodiversity. The creation of that diversity came slow and hard: 3 billion years of evolution to start the profusion of animals that occupy the seas, another 350 million years to assemble the rain forests in which half or more of the species on earth now live.among plant and animal remains in archaeological deposits, we usually find extinct species and races.

As the last forests are felled in forest strongholds like the Philippines and Ecuador, the decline of species will accelerate even more. In the world as a whole, extinction rates are already hundreds or thousands of times higher than before the coming of man. They cannot be balanced by new evolution in any period of time that has meaning for the human race.

As extinction spreads, some of the lost forms prove to be keystone species, whose disappearance brings down other species and triggers a ripple effect. The loss of a keystone species is like a drill accidentally striking a power line. It causes lights to go out all over.

Wilson was the father of Sociobiology, often viewed as a precursor to the Evolutionary Psychology movement popular among anthropologists like Stephen Pinker, and including friends of this site, such as Dr. Edward Dutton (“Jolly Heretic), Dr. Noah Carl formerly of Cambridge Univ., Canadian biologist J.F. Gariepy, and anthropologist Steven Sailer. 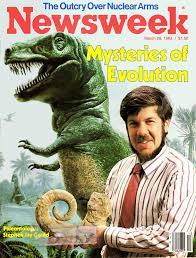 Wilson’s sociobiology theories transformed the field of biology and reignited the nature vs. nurture debate among scientists. Based on data about many species, Wilson argued that social behaviors from warfare to altruism had a genetic basis, an idea that contradicted the prevailing view that cultural and environmental factors determined human behavior.

The professor and two-time Pulitzer Prize-winning author first gained widespread attention for his 1975 book, “Sociobiology: The New Synthesis,” in which he spelled out the evidence suggesting a link between human behavior and genetics.  The work created a storm of controversy among activists and fellow academics who equated sociobiology’s groundbreaking theories with sexism, racism and Nazism.

His colleagues, notably far leftist Stephen Jay Gould accused him of advocating for human variation, and being used by the “far right.”

Gould and Lewontin believed that “the purpose of critical science is to promote socialism, which is the only just form of government”, and they saw sociobiology, erroneously as it turns out, as an inherently right-wing, individualistic philosophy.

He was even accused of outright racism. In 1980, students from a communist group dumped water on his head at a lecture. 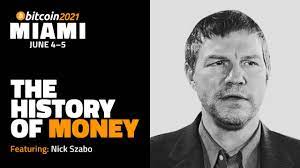 a spokesman for the International Committee Against Racism (INCAR) reiterated his organization’s charge that sociobiology is a racist theory.

Libertarian entrepreneur Nick Szabo, a co-founder of Crypto-currency including Bitcoin (Bio) on February 23 of this year, had this to say of Wilson via Twitter (330,000 followers):

People who think “wokeness” is some recent phenomenon you should be shocked by, rather than a regime we’ve been living under for at least half a century, (my entire living memory), are grossly ignorant or grossly dishonest people who will not save us from CRT.

It was already suppressing debate in the 1970s when they cancelled William Shockley and in the 1980s when they made E.O. Wilson stop writing about sociobiology.

E.O. Wilson was quite mild, he avoided the issues of race and IQ altogether. But he did talk about evolution and behavior together in an insightful way, and that was enough to bring out the woke 70s rioters who forced him to change his writing focus to schmaltzy “biophilia.”

Note – H/t – Holtz @biorealism, for his assistance with this article.