The Gravettians are the direct ancestors of the Solutreans.  Solutreans, as covered extensively at this site, are hypothesized to have been the first population to arrive in North America, ~23kya. 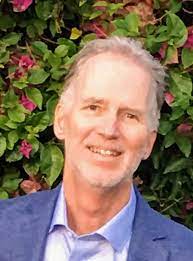 Solutreans were a Cro-magnon tribe from southern France/northern Spain.  It is theorized the crossed the Atlantic ice bridge on a northern route, some 23 kya.  Solutrean hypothesis was the subject of a very well-produced and popular 4-part series by the BBC in 2003, Solutreans are Indigenous Americans” (YouTube).

it would suggest that somebody got here long before the proto-American Indians of Clovis… Maybe they went more or less extinct? If so, did they die off on their own or did the proto-Indians kill them?

Solutreans are generally dated from 18kya to 25 to 30kya.

The Gravettian culture existed from approximately 25,000 years ago to 48,000 years ago in western and southeastern France and in the Danube River valley, in the present day Czech Republican, and Austria. And new evidence suggests Gravettian related peoples could have extended as far east as Bulgaria.

Within the last two years a great many new archaeological finds have been announced from the Gravettian culture. 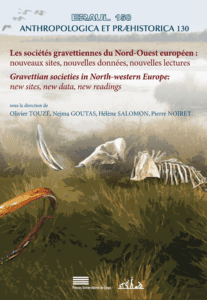 Remains of some of the earliest humans in Europe were described this year by multiple teams, except they were not fully human. All three of the earliest Homo sapiens in Europe exhibit evidence of Neanderthal interbreeding (admixture) in their recent genealogical past. In April, Kay Prüfer and a team from the Max Planck Institute for the Science of Human History described a human skull from Zlatý kůň, Czechia, dating to around 45,000 years old. This skull contains roughly 3.2% Neanderthal DNA…

Mateja Hajdinjak and a team from the Max Planck Institute for Evolutionary Anthropology described three similar genomes from individuals found in Bacho Kiro Cave, Bulgaria, dating between 46,000-42,000 years old. These individuals carry 3.8, 3.4, and 3.0% Neanderthal DNA… these three genomes represent two distinct populations of humans that occupied the Bulgarian cave-one of which is directly ancestral to east Asian… the other of which is directly ancestral to later western Europeans.

More From the Max Planck Institute,

“The Initial Upper Paleolithic in Bacho Kiro Cave is the earliest known Upper Palaeolithic in Europe. It represents a new way of making stone tools and new sets of behaviour including manufacturing personal ornaments that are a departure from what we know of Neanderthals up to this time”, says Tsenka Tsanova of the Department of Human Evolution at the Max Planck Institute for Evolutionary Anthropology.

Another amazing archaeological find was announced in 2020 in Austria.  From Nature.com, 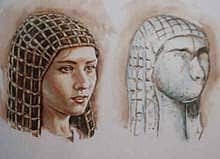 Typological and technological characteristics of the artefacts, which include art objects and personal adornments, together with economic and socio-cultural criteria attribute this occupation to the Pavlovian, a regional expression of the earlier GravettianBetween ~40,000 and 30,000 years ago, mobile Upper Palaeolithic hunter–gatherer groups repeatedly occupied the promontory on the Danube’s left bank above what is today the town centre of Krems, Lower Austria. The extensive archaeological remains of these occupations, which are embedded in… sediment sequences, play a significant role in understanding settlement patterns, culture, and economy of early anatomically modern humans in Central Europe.

Among these Upper Palaeolithic find spots, Krems-Wachtberg stands out due to exceptional preservation of organic materials and occupation structures…  archaeological excavations revealed an occupation floor… displaying an ensemble of well-preserved interrelated settlement structures that allow for detailed insights into Upper Palaeolithic hunter–gatherer behaviour, including a large multi-functional hearth with connected pits, and two infant burials.

And now a monumental study from a mostly French team of researchers.  Archaeologists have discovered 7 footprints so far.  Using measurements, “geometry and biometry,” they have determined that the occupants of the Cave were wearing footwear.  They describe the footwear likely to be

The first evidence of any Homo sapiens utilizing footwear has now been confirmed from a cave in France. As Lysianna Ledoux, lead researcher describes, “These singular footprints would constitute one of the oldest cases of indirect evidence for the use of footwear…”

Previously, the oldest solid evidence for footwear was from a cave in Armenia dated to ~3,500 years ago.

Evidence of the use of soft footwear in the Gravettian cave of Cussac (Dordogne, France)

Humans appear to have regularly worn footwear since at least the Early Upper Palaeolithic. However, due to the perishable nature of footwear, the archaeological record of its presence during the Pleistocene is poor. While footwear would have played an essential role in protecting the foot, it could also have been used as ornamentation and/or as a social marker. Footprints may provide the most relevant insight regarding the origin and function of footwear.

The footprints were discovered at the Cussac Cave in southwest France and dated to be at 28-31kya. 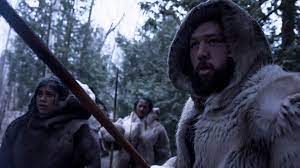 the results of a multi-focal approach, including experimentation, that demonstrate that Gravettian people most likely wore footwear while moving through the cave. These singular footprints would constitute one of the oldest cases of indirect evidence for this unusual practice in decorated Palaeolithic caves and reinforce the exceptional nature of Cussac already attested by the presence of monumental engravings and funerary deposits.The human presence in the cave has been attributed to the Middle Gravettian.

All human evidence (human bones and charcoal) on the floor and wall have been dated to 28–31,000 cal BP. These absolute dates are coherent with the artistic conventions of the engravings, typical of this period, and the lithic and bone technology… the Gravettian period is already well-known for its burials at several European sites, in contrast to the preceding (Aurignacian) or succeeding (Solutrean) periods.

All indications are that he or she was wearing shoes.  The soft shoes like moccasins made of leather.

Watch a superb documentary on the Gravettians from 2019 at YouTube.

Note – All French translations mine, not automated.