From the American Museum of Natural History (AMNH): 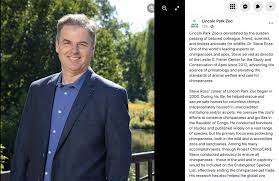 Human and chimp DNA is so similar because the two species are so closely related. Humans, chimps and bonobos descended from a single ancestor species that lived six or seven million years ago. As humans and chimps gradually evolved from a common ancestor, their DNA, passed from generation to generation, changed too. In fact, many of these DNA changes led to differences between human and chimp appearance and behavior.

Dr. Stephen Ross had a PhD in zoology from the University of Copenhagen.  His official title was Director of the Lester E. Fisher Center for the Study and Conservation of Apes.

A giant in the field of primatology, praised by Jane Goodall

On Friday morning, friends at Project Chimps located in the Blue Ridge Mountains Tweeted out:

Dr. Steve Ross died suddenly in the early morning of Wednesday, April 20. He was a zoo primatologist who dedicated his life to the care, welfare, and study of chimpanzees. Our hearts go out to his family and to all the organizations, people, plus primates he made an impact for.

Numerous other top Primatologists are expressing their condolences.  Expressions of sadness at his passing are pouring in all over social media.

Ross was a coordinator for Chimp Haven in Louisiana. And the world’s most famous Chimpanzee expert once offered her praise.

Ross had a longtime affiliation with the Lincoln Park Zoo in Chicago.

Dr. Ross was a widely respected zoo primatologist who dedicated his life to the care, welfare, and study of chimpanzees. During his life, he helped secure safe homes for countless inappropriately housed chimps, oversaw the zoo’s efforts to conserve chimpanzees and gorillas in the Republic of Congo, and coordinated our work with one of the world’s leading chimpanzee sanctuaries. He conducted hundreds of studies and published widely on a broad range of subjects related to the fields of zoology and primatology.

The Chicago Chimps and Gorillas: A Conversation with Steve Ross, the Man Behind Lincoln Park Zoo 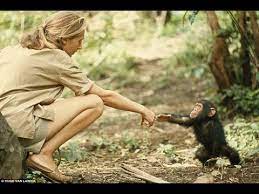 The zoo brought in primatologist Steve Ross to develop the Regenstein Center for African Apes, one of the finest of its kind and a groundbreaking habitat for gorillas and chimpanzees. He still works at the zoo as the Director of the Lester E. Fisher Study and Conservation of Apes.

Ross was a tireless advocate for Chimpanzees housed in North America at various zoos and Chimp retreats.  He would visit the Chimp havens, sometimes unexpectedly, to evaluate their Chimp quarters, veterinary care and how much time Chimps were permitted to spend time outside of their closed spaces.  In general, he gave the Chimp-care community good grades, a solid ‘B’.  But often made specific and pointed suggestions for improvements.

Ross then went on to praise some chimp habitats that really impressed him. “I love the North Carolina zoo chimp habitat,” he said. “Likewise there’s great facilities for chimps at Los Angeles and Houston. Those are three of the best chimp habitats.”

“Giving animals control over their environment”

“We started with this idea of giving animals control over their environment,” [Ross] reflected. “I’d like to see more of animals being allowed to make the choices of who to interact with, when they want to go to bed, when they want to go outside. The more we give that power back to the animal, the better welfare they have. Only they can have insight into their internal wants.”

Ross testified before Congress in 2010 in favor of legislation to address mistreatment of Chimpanzees and other Apes in captivity.  He was put on the spot.  Asked by a Congress member the number of Chimps nationwide.  He didn’t have a number.  This led him and his colleagues to undertake a Chimpanzee Census.  After exhaustive research, they came up with a close estimate of 1,350.

ChimpCARE Helps Some of Our Closest Relatives Find a Better Future 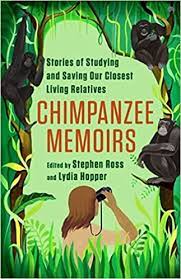 What they found are chimpanzees in a variety of settings. While many are well taken care of in accredited zoos and sanctuaries, an alarming number live without oversight or standards in unaccredited “roadside” zoos or sanctuaries, in invasive research centers, and as pets and performers.

Currently no federal legislation exists to govern commerce of chimpanzees, leaving individual states to legislate those matters. In fact, it is legal to own a chimp in most states, but the vast majority of private owners have neither the resources nor the knowledge to provide the appropriate care of this complex species. Chimpanzees require social companionship, mental stimulation and plenty of space to thrive.

Ironically, Ross had recently Tweeted out an announcement for the release of his new book, co-authored with Dr. Lydia Hopper of John Hopkins Univ. Medical School, Columbia Univ. Press, scheduled for late May, 2022,

Chimpanzees fascinate people for many reasons. We are struck by the apes’ resemblance to humanity, as seen in their use of tools and their complex social lives, and we are moved by the threats that human activity poses to them. Our awareness of our closest living relatives testifies to the efforts of the remarkable people who study these creatures and work to protect them. What motivates someone to dedicate their lives to chimpanzees? How does that reflect on our own species?

This book brings together a range of chimpanzee experts who tell powerful personal stories about their lives and careers. It features some of the world’s preeminent primatologists—including Jane Goodall and Frans de Waal—as well as representatives of a new generation from varied backgrounds. — Steve Ross’