Chris Stringer takes another look at the evidence

Did Alice Roberts and other Eve Out of Africa-ists get it wrong? 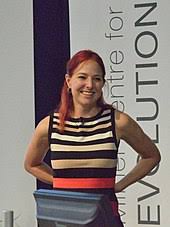 A big celebration took place near Beijing, China on December 2.

Global paleontologists gathered in Beijing Monday to mark the 90th anniversary of the discovery of the first skull of Peking Man, the homo erectus that lived in the suburbs of today’s capital of China about 700,000 years ago.

Nearly 200 Chinese and foreign scholars attended the international symposium on paleoanthropology to share their latest discoveries and push forward the research on human origin and evolution.

The first complete skull of Peking Man was found by Chinese archaeologist Pei Wenzhong in December 1929 at the Location 1, or the Peking Man Site, one of the four sites in Zhoukoudian in suburban Fangshan district where ancient human fossils were found.

Chinese anthropologists have long claimed direct ancestry to Homo erectus.  In the 2000s, early 2010s, a large number of Western anthropologists, anxious to discount Multiregional origins in favor of Eve Out of Africa, challenged that view.

Regarding a skull, Chinese anthropologists claimed had Homo erectus features, from our site, Race Realism vs. Racism page:

Fast forward to 2019, and it now appears the Chinese were right all along.

Nine Species of Human Once Walked Earth. Now There’s Just One. Did We Kill The Rest?

Traces of Neanderthal DNA in some Eurasian people prove we didn’t just replace them after they went extinct. We met, and we mated.

Elsewhere, DNA tells of other encounters with archaic humans. East Asian, Polynesian and Australian groups have DNA from Denisovans. DNA from another species, possibly Homo erectus, occurs in many Asian people. African genomes show traces of DNA from yet another archaic species. The fact that we interbred with these other species proves that they disappeared only after encountering us. [Emphasis added]

Years ago, it was commonly believed Homo erectus disappeared roughly around 300kya.

It is noteworthy, Nick Longrich of ScienceAlert.com has a nifty chart showing the time spans for each Hominid species.  Homo erectus touches the same point on the chart as Neanderthals and Denisovans.  This would suggest 40 to 70kya. 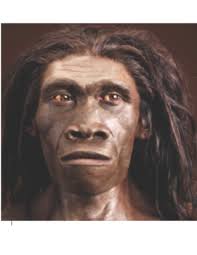 Wu Xiujie, a researcher with the Institute of Vertebrate Paleontology and Paleoanthropology (IVPP) under the Chinese Academy of Sciences, said at the symposium.

The latest studies on Zhoukoudian sites show that the homo erectus in Far Eastern and African Homo can be grouped as the same species due to their similar characteristics, Wu said.

She said that different homo erectus branches may have existed in the late Middle Pleistocene of China with complex physical characteristics and large internal variation. [Emphasis added]

Chris Stringer, Director of the London Museum of Natural History, has a fascinating new lecture on YouTube.  It is from November 17, a sort of Year-end review of new archaeological and human origins finds, titled, “Where we are Now.”  Stringer, an often self-deprecating, jolly sort, is a bit of a rare bird in anthropology.  To his great credit, he is more than willing to admit when he is wrong.

Of course in the 1990s, 2000s, when Out of Africa was all the rage, Stringer was on the cutting edge of promoting the theory.  He began to change his views in the early to mid 2010s.

Rethinking “Out of Africa”

I think the idea that modern humans originated in Africa is still a sound concept. Behaviorally and physically, we began our story there, but I’ve come around to thinking that it wasn’t a simple origin.

[The] data suggest that the modern humans who came out of Africa about 60,000 years ago probably interbred with Neanderthals, first of all, and then some of them later on interbred with another group of people called the Denisovans, over in south eastern Asia.

And from the Video:

There is great diversity within humans over the last 2 million years. Even within the last 75,000 years there were at least five kinds of humans on the earth. I would say probably six.  But let’s say at least five. So Homo sapiens had been evolving in Africa. The Neanderthals had been evolving in Eurasia, Western Eurasia. Over on the island of Flores, we have this weird dwarf species, Homo florinsienses.  In Siberia, still mainly known from genetic data we have these people called the Denisovans… And more recently from the Philippines on the island of Luzon, we have another kind of human, Homo Luzonensis.

I would argue that Homo erectus was still around 70,000 years ago on Java… [Emphasis added]