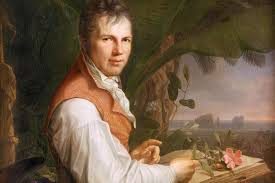 No.  We celebrate maximum diversity for the human species.  The more diverse the genome of modern day Homo sapiens, the more chance for ultimate survival.

“There are some races more cultured and advanced and more ennobled by education than others.  But there are no races more nobler than others” — Alexander Humboldt, 18th Century Geographer, Naturalist

All modern Human Tribes are valued and cherished

It is essential to ensure that isolated tribes with ancient lineages in the Pacific, Indian Ocean, Africa, Oceania and other regions do not go extinct.  Some African governments for example are forcing San tribes into camps, actively discouraging their nomadic hunter, gatherer lifestyle.

Additionally, preservation of modern ethno-states is critical, especially across central and western Europe. Indigenous whites across Europe are now endangered by mass migration from North Africa and the Middle East.

Whites in the 19th century were 11% of the worldwide population.  Now the number of whites is less than 7%.

The situation in the British isles is especially dire. London is now majority non-white.  Less than 100 Cockneys in East London still exist, “replaced by multiculutral London” (BBC July 2010). Even Ireland is increasingly threatened by African migration.

The native Afrikaner population in South Africa has been especially hard hit. Their numbers have dwindled to less than 3 million. In the 1970s the white population had been close to 5 million. By 2041 that number is expected to drop to 1.38 million. (Businesstech.co.nz)

Subspecieists support all efforts to preserve threatened populations like the San of the Kalahari, nearby !Kung, high mountain Tibetans, Andaman Islanders in the Indian Ocean, Aeta tribe of the Philippines, Greenland Inuits, Mixtecs of Mexico, Nordic, Germanic, Celtic populations and Afrikaner whites.  Their survival is vital to maintain maximum diversity for our species.

Multi-Regional or Out of Africa? 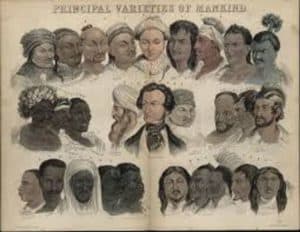 The human evolutionary tree changes by the year.  In 2016 major paleontology news was made with the discovery of Graecopithecus in Greece and Bulgaria, suggesting human origins in Europe going back some 800,000 years. In 2015 Dr. Lee Berger uncovered Homo Naledi in caves in South Africa. In late 2018,  researchers discovered an entirely new species of hominids through AI.  They used “deep learning algorithms and statistical methods..  [identifying a] third species in the genome of Asian individuals.” (AnalyticsIndiaMagazine, Jan. 2019)

Very recent human fossil finds in Morocco “suggests that our species evolved in multiple locations across the African continent,” according to biologist and geneticist Carl Zimmer  NY Times. “Oldest Fossils of Homo Sapiens Found in Morocco, Altering History of Our Species.”

Subspecieists believe in Multi-Regional origins and reject a single Eve Out of Africa migration, that implies total replacement of other hominid species outside of the African continent.

“The idea that one single ancestral group recently became human then killed off or otherwise replaced everyone else on the planet simply isn’t true.  Humans arose through a complex process of migration, interaction and exchange over hundreds of thousands of years or more… our lineage is best represented by a braided stream with input from many different groups, creating the flourishing and adaptable humans of today in all our glorious diversity.” — Rebecca Ackerman, professor in the Department of Archaeology at UCT – South Africa (UCT News, Jan. 2019)

Who are some of the leading Human Variationists? 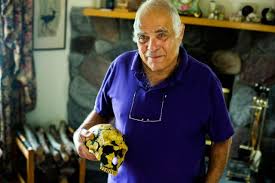 A leading American proponent of Multi-Regional theory in the United States is Dr. Milford Wolpoff of the University of Michigan.  According to Wolpoff: “The evolutionary patterns of three different regions show that the earliest ‘modern’ humans are not Africans and do not have the complex of features that characterize the Africans of that time or any other… There is no evidence of specific admixture with Africans at any time, let alone replacement by them… There is indisputable evidence for the continuity of distinct unique combinations of skeletal features in different regions, connecting the earliest human populations with recent and living peoples.” 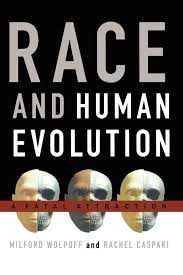 Another prominent advocate for “regional continuity” was Dr. Alan Thorne of the University of Sydney and the Australian Academy of the Humanities.  Thorne, who was friends with Wolpoff and Wu, helped to reconstruct the famous “Mungo Man” skulls from the Kow Swamp near Victoria.

“He was convinced that Java Homo erectus had been subjected to sapientizing gene flow so that the Indonesian population became Homo sapiens while at the same time preserving regional characteristics, and that this population had then spread to Australia and New Guinea.”

Not all advocates of Multi-Regionalism are academics, anthropologists or paleontologists.  Ancestral ties stretching back hundreds of thousands, even millions of years are fundamental to the beliefs of indigenous populations.

Chadians take pride in the fossil skull discovery made nearly two decades ago in their land. [ Sahelanthropus tchadensis] “The Chadians are very proud to be the descendants of Toumai,” Aboubakar Mahamat Saleh, a Chadian employee with the Chinese tech giant Huawei, said.

“China may contain the best evidence for supporting the Multiregional Model. Here there are discoveries of a couple of skulls dated to roughly 100,000 years ago that seem to possess a mixture of classic Homo erectus and Homo sapiens traits.” — Donald Johanson, discoverer of Lucy (Australopithecus) , actionbioscience.org

Dr. Pääbo further confirmed Wu. At a 2017 conference in Israel with David Reich, he stated:

Recent fossil finds in Guangxi and Yunxian give further weight to Homo erectus origins for Han Chinese (ScienceMag.org 2009). At the time, notably, John Hawks scoffed at the Guangxi mandible find as not at all distinguishable from other Homo sapiens of the period (JohnHawks.net).

Why does Multi-Regional over Eve Out of Africa matter? 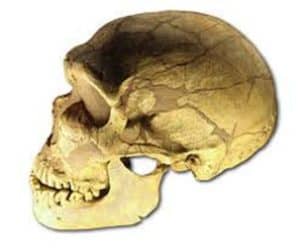 For decades now, governments, multi-national corporations, academia and liberal media have been pushing a Kumbaya “We are the World” agenda, trying to whitewash or even erase racial differences.  However, since 2010, with Pääbo’s magnificent discovery, and with very recent fossil finds such as Morocco, Greece and Bulgaria, the hard scientific evidence has contradicted their globalist agenda.

David Reich’s monumental piece in the New York Times, “How Genetics is changing our understanding of Race” March 2018, may have been a critical turning point.  Reich, a highly respected Ivy League liberal, made it safe to discuss racial differences.

That same month, March 2018, Spencer Wells on the Insitome podcast:

“Even this whole question of a recent Sub-Saharan African origin for Homo sapiens is now being called into question with fossil remains. This is beyond genetics..  The new finds in Israel, Jebel Irhoud [Morocco} these are very old and they look like Homo sapiens, like us.”

“You [Subspecieist.com] seem unaware that I have been one of the main scientific advocates of multiregional evolution for 20 years” — “Multiregional, not Multi-Origins” co-authored with Prof. Wolpoff (April, 2000).

“We are all Out of Africanists who accept some multiregional contributions” 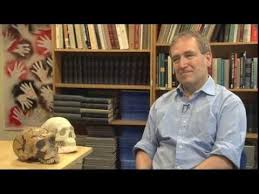 “‘Modernity’ was not a package that had a single African origin in one time, place, and population, but was a composite whose elements appeared, and sometimes disappeared, at different times and places… a recent African origin still represents the predominant (but not exclusive) mode of evolution for H. sapiens. Rather than saying ‘we are all multiregionalists… it would be more appropriate to say ‘we are all out-of-Africanists who accept some multiregional contributions’” (Science Direct).