Down Under, Melbourne’s “Aboriginal” candidate for City Council: He’s a White Man

Meet Professor Mark McMillan of the University of Melbourne.  He is one of a number of candidates seeking a spot on the Melbourne City Council.  He is running on mayor Sally Capp’s ticket.

What makes him special, is he identifies as an Aborigine.  This despite the fact that he has no visual Aborigine features.  He claims his Aboriginal ancestry on his mother’s side. 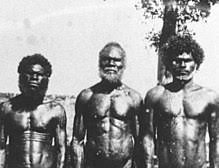 “I was interested when Sally approached me to be on her ticket, because it wasn’t just, ‘I want diversity’ … it’s not about white virtue signalling,” he said.

“She actually wants people’s diverse lived experiences to be part of how we govern over the next four years. None of us feel like we’re token.”

It is estimated by geneticists that Aborigines have as much as 7.8% archaic admixture.  It appears much of that is Denisovan, and a small percentage of Homo erectus.  However, there may be an unidentified archaic, as well. 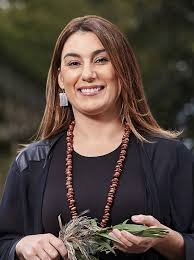 he analysis suggests the DNA is unlikely to come from Neanderthals or Denisovans, but from a third extinct hominid, previously unknown to archaeologists.

With no hint of irony, another city council person praised McMilan for running as an Aboriginal candidate. Continuing from theage.com.au:

“And now, hopefully, rather than a white guy who wants that engagement, we’ll have an Aboriginal man who is steeped in understanding of social law,” he said.

If elected McMilan will join a growing list of white people serving in public office who are identified as “Aborigines.”

We covered Lidia Thorpe here at Subspecieist.com back in February of this year,