But S. American explorers in the Pacific is “racist” says one Univ. of California-Berkeley Prof.

Some major anthropology news has come out in the last two weeks. 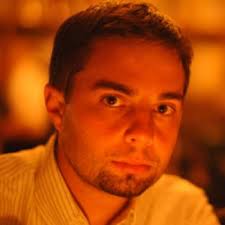 “These people shared languages, culture and a love of navigation. Spread thousands of miles across open ocean, the Polynesians are history’s greatest navigators. But could they have discovered the Americas before Columbus?”

It’s been speculated for years, decades even.  And now we have the definitive answer – Yes.

A new study has found genetic proof that Indigenous Peoples from South America encountered Polynesians as early as 1200 A.D., hundreds of years before Europeans made it across the ocean.

The Stanford team collected and analyzed over 800 samples of DNA from populations in Polynesia and South America.

They were able to trace common genetic signatures of Native American and Polynesian DNA back hundreds of years. 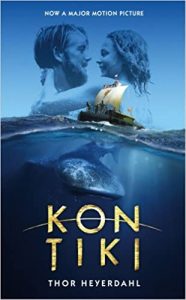 “It was conclusive evidence that there was a single shared contact event.” In other words, Polynesians and Native Americans met at one point in history, and during that time people from the two cultures produced children with both Native American and Polynesian DNA. Statistical analyses confirmed the event occurred in the Middle Ages, around A.D. 1200, which is “around the time that these islands were originally being settled by native Polynesians,” [Alexander] Ioannidis (photo) said. Using computational methods developed as part of Ioannidis’ graduate work, the team then localized the source of the Native American DNA to modern-day Colombia.

“If you think about how history is told for this time period, it’s almost always a story of European conquest, and you never really hear about everybody else,” Ioannidis said. “I think this work helps piece together those untold stories — and the fact that it can be brought to light through genetics is very exciting to me.”

Further evidence of the admixing, small populations on at least five Pacific Islands, including Rapa Nui have traces of DNA from Columbians who lived 800 years ago. Some Rapa Nui natives have up to 8% South American DNA.  (NatGeo).

The new findings are further evidenced by vegetables and fruits such as the potato, yams and pineapples, being native to South America but now found throughout the Pacific. Also, some linguistic evidence further suggests mixing between the two population. 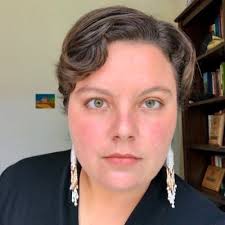 [Thor] Heyerdahl argued that the Pacific had been settled by accidental drift voyaging from the Americas. His argument was based largely on the wind and current patterns in the Pacific, which flow predominantly from East to West… Heyerdahl argued it was far more likely that American Indians drifted with the wind.

Still, the new findings are now without controversy.  Some Polynesian historians and anthropologists believe the research study’s authors, are promoting South American conquest of the Pacific Islands.

Sara Kahanamoku of the Univ. of California at Berkeley Tweeted out on July 10:

“The authors of this new study promote the ‘kon-tiki’ theory, developed by a racist who refused to believe that Pacific Islanders were capable of navigation… the authors do not explicitly mention kon-tiki, [but] they do in PR statements…”

“I am disappointed in Nature.com for publishing quotes that champion of kon-tiki rhetoric without mentioning the legacy of white supremacy that stains this outdated theory. And of course they did not bother to ask Pasifica experts for input.”

Note – Excellent video on Who Exactly is a Pacific Islander, by right-leaning anthropologist YouTuber Masaman from two months ago.  Masaman speculated on Pacific Islanders landing in South America weeks before the new study confirmed it. Updated