In what amounts to a virtual hand grenade lobbed into the field of human taxonomy, University of Wisconsin Paleo-Anthropology professor Dr. John Hawks sent out a controversial Tweet on June 24. 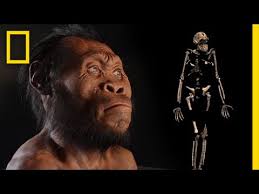 “Now that any brief description of known interbreeding events among modern Neanderthal and Denisovan populations requires 2 journal pages, it may be time to get serious about recognizing them all as Homo sapiens.”

“Personally I consider all of us to slightly larger-brained Homo erectus subspecies.” — Spencer Wells, responding to Hawks’ proposal on Twitter

Paesur Biey, a contributing editor here at Subspecieist.com, believes Hawks had a specific reason for throwing it out there.

“He has to [readjust] with the recent evidence from West Africa…”

“It’s blow up in their faces the 2% Neanderthal was fine since it was white folks, but the 19% of something far more distant, introgressed much later. Rather inconvenient [for Hawks and other left-anthropologists].”

Hawks is close friends with fellow paleo-anthroplogist Dr. Lee Berger who discovered Homo naledi in South Africa.  It has been confirmed within the last year that Naledi is much younger than previously believed, 335,000–236,000 kya.  (See NatGeo, 2017).

That makes Homo naledi contemporary with modern Homo sapiens, earliest fossil remains are believed to be 350,000 kya from Jebel Irhoud in Morocco.  Homo naledi was small-brained at 465–610 cc.  Modern Homo sapiens are at about 1,300 cc whereas Neanderthals were at 1,400 cc.

Lee Berger: We have made another major discovery about early humans

in 2013, Berger hit the fossil jackpot again, with the remarkable discovery of thousands of bones deep inside the Rising Star cave system also near Johannesburg. These turned out to belong to a new species of tiny, small-brained hominin called Homo naledi. This fossil hominin is transforming our understanding of human evolution, not least because H. naledi lived very recently, around 250,000 years ago, and has a strange mix of modern and archaic features.

Of course, confirming admix between Naledi and Sub-Saharan branches of Homo sapiens would be highly problematic. Berger hinted as much towards the end of an interview on YouTube with New Scientist. Continuing from New Scientist:

Early next year we can also expect a study which reveals a relationship between H. naledi and another species, says Berger. “That will be big news,” he said. “These are exciting times.”