Major media conflicting messages on COVID based on race

Some hard data from the left-leaning Brookings Institution:

But is it genetics or structural issues that are causing the disparity?  Or, more likely, some combination of both.

Major media, such as the Washington Post are claiming that recognizing racial differences in COVID susceptibility is “junk science.” 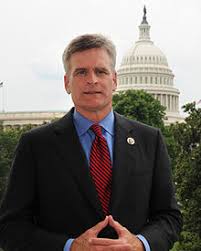 Why are African Americans two to four times as likely as white Americans to die from the coronavirus? Ohio state Sen. Steve Huffman mused at a hearing about whether “African Americans or the colored population do not wash their hands as well as other groups? Or wear a mask? Or do not socially distance themselves?”

“There’s a physiologic reason,” he told NPR in April. “African Americans are 60 percent more likely to have diabetes. Now, if you look at the NIH website, that would say that’s for obesity, for genetic reasons, perhaps other things. . . . I think if you control for diabetes and hypertension, a lot of racial difference [in virus outcomes] would go away,” said Cassidy. “We have to focus on health disparities, but we can’t get distracted by that which is true, perhaps, but unrelated to the problem at hand.”

Yet Fauci agrees with Senator Cassidy.

Black and brown people make up two-thirds of US coronavirus deaths below age 65, a new study found

“Health disparities have always existed for the African-American community,” Dr. Anthony Fauci, the US’s leading infectious disease expert, said in an April White House press briefing. The reason the coronavirus hits Black communities hardest, he added, has to do with the prevalence of “underlying medical conditions — the diabetes, the hypertension, the obesity, the asthma.”

Reporter Andria Bendrix attempts to explain it away as structural factors working against Americans of Afro-ethnicity, yet chooses her words carefully.

“Aren’t primarily,” suggests they are aware a genetic factor does indeed exist.

have chronic risk factors — cardiovascular disease, diabetes, obesity, chronic pulmonary disease — most likely to be associated with Covid-19 infection and severe infection. It’s been known for decades that the rate of premature cardiovascular deaths is higher in Black Americans than white Americans. [Emphasis added]

Of course, diabetes for certain, and possibly cardiovascular and pulmonary disease are related to genetic factors for Afro-ethnics.  (NIH.gov)