Twin study reveals biology and passing on one’s own genes, really does matter more to male humans than altruism 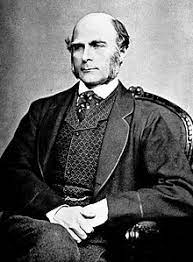 Twin studies have been an integral part of evolutionary biology and psychology for hundreds of years.  That includes, a controversial past.

Dr. Francis Galton, 19th century behavioral geneticist, cousin of Charles Darwin, and one of the father’s of race realism, is quoted:

“Twins have a special claim upon our attention; it is, that their history affords means of distinguishing between the effects of tendencies received at birth, and those that were imposed by the special circumstances of their after lives.”

From the National Library of Medicine, 2016, ncbi.nih.gov,

Despite the facts that the classical twin studies are still being guided by assumptions made back in the 1920s and that the inherent limitation lies in the study design itself, the results suggested by earlier twin studies have often been confirmed by molecular genetic studies later.

A second look at twin studies 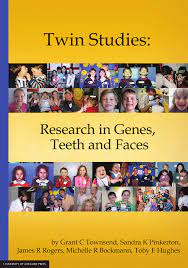 More than a century after Galton’s observation, twin studies remain a favorite tool of behavioral geneticists. Researchers have used twin studies to try to disentangle the environmental and genetic backgrounds of a cornucopia of traits, from aggression to intelligence to schizophrenia to alcohol dependence.

But despite the popularity of twin studies, some psychologists have long questioned assumptions that underlie them–like the supposition that fraternal and identical twins share equal environments or that people choose mates with traits unlike their own.

Now a new study by popular Twins Studies research and Evolutionary Psychologist Dr. Nancy Segal takes it a step further with a stunning find: Men tend to bereave less with the loss of siblings, other relatives and even children do to mistrust of paternity.

Dr. Nancy L. Segal received a B.A. degree in psychology (with distinction) and English literature from Boston University (1973), and M.A. (1974) and Ph.D. (1982) degrees in Social Sciences and Behavioral Sciences from the University of Chicago. She is currently Professor of Psychology at California State University, Fullerton (CSUF) and Director of the Twin Studies Center which she founded in 1991.

From the abstract of the research paper, set to be released in August,

We expected females to grieve more intensely for deceased cotwins than males. Males cannot be certain a child conceived by their partner is theirs (paternity uncertainty). As such, grief for the loss of a twin brother (whose child would indirectly transmit common genes) should be reduced by surviving male twins, relative to surviving female twins.

We asked evolutionary psychologist Gil Greengross PhD from Israel for his thoughts on the study.  Dr. Greengross first brought the study to the attention of his social media followers, writing:

Fascinating new study by one of the most unique tests of Hamilton’s inclusive fitness theory (kin selection).

Grief over the loss of a cotwin or sibling is perhaps one of the most crashing experiences one can have. Still, there could be variation in the intensity of the emotion and according to kin selection, MZ twins should feel more grief for a loss of their cotwin, than DZ twins.

“Another wrinkle to this study.  Paternity uncertainty…  Can this also have an affect on grief?  The answer is yes!” 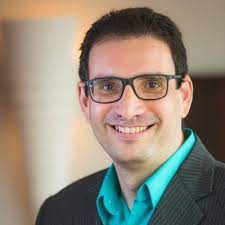 Interestingly, DZ twins felt more grief for a loss of a cotwin, than the loss of a nontwin, despite both sharing the same genetic relatedness (50%). This might be due to twins feeling closer to each other, perhaps because they are the same age and share similar experiences.

There is another wrinkle to this study. Paternity uncertainty is the notion that men can never be 100% sure a child they raise is biologically theirs, while women are always certain. Can this also have an affect on grief? The answer is yes!

Men’s bereavement connected to paternity or lack of certainty.  That is a profound statement, mind-blowing even.

Yes, this is a very interesting and subtle finding. The twin paradigm is very powerful.

There is quite a lot of research on differential parental investment depended on paternal certainty. This goes beyond the father. Grandparents from the father side, especially paternal grandparents, invest less in their grandchildren.