Dr. Friedemann Schrenk heads the Paleontology Dept. at the Senckenberg Research Institute in Frankfurt, Germany and is a professor of paleo-biology at the Johann Wolfgang Goethe University in Frankfurt .

Peter Radermacher of Mainz University called Professor Schrenk, “an outstanding researcher and one of the leading German scientists in the field of paleoanthropology,”

Member of the team that discovered and identified Homo rudolfensis 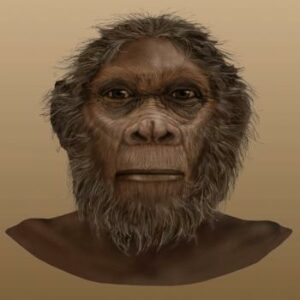 Professor Dr. Friedemann Schrenk, born in 1956 in Stuttgart, studied geology, paleontology, zoology, anatomy, and anthropology in Darmstadt, Johannesburg, and Frankfurt. After receiving his doctoral degree in 1987 and his postdoctoral lecturing qualification in 1994, he was, among other things, head of the Paleontology Department at the Hessisches Landesmuseum in Darmstadt (1989-1999) and its Deputy Director (1992-1999). Since 2000, Schrenk has been Professor of Paleobiology at the Institute for Ecology, Evolution, and Diversity at Goethe University in Frankfurt/Main and head of the Paleoanthropology division at the Senckenberg Research Institute.

His research has focused on the paleoanthropology, biogeography, and evolutionary ecology of Plio-Pleistocene Africa (with field work in Malawi, Tanzania and Uganda), evolutionary and functional morphology of mammals, uplift of the Rwenzori Mountains, and climactic impacts on the evolution of the Homo species.

Dr. Schrenk was a lifelong friend and advisor to Richard Leakey.  He was part of the team that discovered a tooth and lower jawbone of Homo rudolfensis in 1993.

“race, breeds does exist actually, but only for domestic animals” 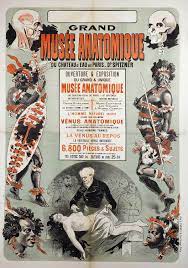 On March 29, Professor Schrenk was invited to appear on a Zoom call live-stream hosted by the Anthropology Dept. at the University of Manila in the Philippines.   The facilitator of the call was his PhD student Mylene Q. Lising, MA, IMQP.

Early in the live-stream, Dr. Schrenk said, “the term race, breeds does exist actually, but only for domestic animals…” (Graph of different dog breeds.) He continued: “Biological systematics is not sufficient to describe varieties or subspecies.  In zoology, the term breed or race is usded.  Importantly this is called variety.”

Schrenk went on to give a lengthy history of early Hominid discoveries, including Eugene Debois and Homo erectus in Java, Raymond Dart and the Taung child in South Africa, but also detailing the background of the Piltdown Man hoax in Britain.  He also discussed what he described as the racist history of European nations in regards to colonialism and treatment of Africans, using museum displays and human zoos of the 18th century as examples.

Schrenk mentioned one of the aspects that makes humans human is “knowledge sharing… and caring… among sub-populations.”

He then went on to discuss Linnaeus and his classifications of four different groups of humans, including Europeans/Whites, Americanus (Amerindians), Asiaticus and Africanus nigr./Blacks.

On Darwin: “Unfortunately, Charles Darwin’s Theory of Evolution from 1856 became one of the most important works underpinning racism… because you see favored races for life.  That’s the important point.  Who those favored races were for Darwin, were Europeans themselves. 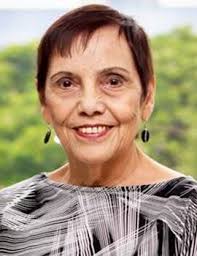 “Are we trying to get away from the term races and smooth it over by saying ethnicity as a good word, when in reality it’s races and we don’t want to face that particular issue.”

Note – Prof. Racelis used the Ayta Magbukon, and their darker skin in the Philippines as an example of racism.  See our article from 2021 “Denisovan DNA highest percentage in Philippines Ayta.”

[Fumbles, pause] “That is a very good comment. Umm…  What we are [unintelligible] is the term race. But we have not… What we are not discovered is the term racist.  Uhh, it’s sounds a bit strange maybe, but sort of biological race, we do not find any evidence for it. But racistic behavior it still exists and we call it racistic behavior. So, uhh, I think we differentiate a bit here between the term race and uhh, and duuh, and uhh, and umm, something, which of course, uhhh, umm [Pause] stems from that word, but it has a different meaning now, and and and now I think racist behavior, umm, we will have, okay as I told you there is a big discussion in Europe of many of the constitutions of many countries, on what to do…”

Schrenk went on to give a lengthy discussion of how the German constitution has dropped the term “race,” but that it explicitly states “we are against racist behavior.”

Editor’s note – Dr. Schrenk is not a native English speaker. Some consideration for his inarticulate response might be given to his lack of English speaking skills?