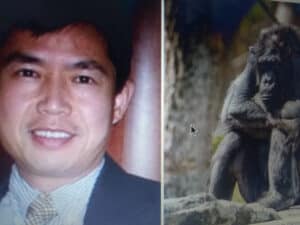 Maximum Genetic Diversity simply means that some modern human races have more homogeneity than others.  And that those races would be furthest removed from the common ancestor of modern Homo sapiens.   Conversely, the race/subspecies closest to the common ancestor would be the population with the greatest genetic diversity.

Dr. Huang has a long history of making controversial remarks that fly in the face of long-established Western narratives on race, genetics and human origins.

This was our highest rated article in three years at Subspeciest, November 30, 2020 with over 8,000 views, 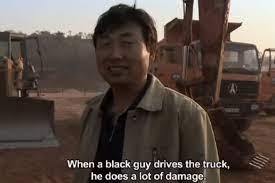 Speculation from various top paleontologists such as John Hawks, Lee Berger, Chris Stringer and others as to the source of that DNA, has centered on likely suspects: Homo Heidelbergensis, Homo ergaster (African Homo erectus) or even late Australopithecene such as A. Sediba or Homo naledi.

Until the middle of the 20th century, before the current Out of Africa hypothesis was established, scientists believed that humans originated in Asia. The perception was strengthened not least during the 1920s and 1930s in connection with excavations outside Beijing when fossils from the so-called Peking man were found…

Shi remains a supporter of the Out of Asia hypothesis. He believes that it is in Asia that modern humans have their origins and that there may be alternative explanations for why Africans are genetically more closely related to chimpanzees.

We have found the evidence that overturns the Out of Africa hypothesis, Shi claims.

Too politically incorrect to say which modern population is least advanced

On March 29, Dr. Huang again sparked controversy with this remark: 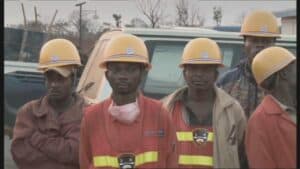 Evolution from simple to complex involves a reduction in a taxon’s maximum genetic diversity (MGD). As humans evolved, MGD must be reduced. When modern human first appeared, the race with the lowest MGD must be the first to become modern and should have the lowest MGD today.

We asked Dr. Huang for some clarification on his March 29 remarks.  Of all the modern Homo sapiens, which subspecies has the highest MGD, and thus less advanced and furthest away from modern humans?

Of course you know. but it is PC incorrect to say.

Editor’s note – Photos from 2012 documentary “Empire of Dust” on YouTube.