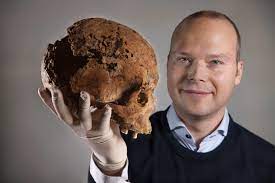 A team of computational geneticists and human evolution scientists, have just identified the most unique human population of our species alive today.  Their research paper was released on August 12, and has since garnered worldwide media attention.

The team, largely based in Sweden at Upsalla University includes Maximilian Larena, Federico Sanchez-Quinto, James McKenna and Mattias Jakobsson (photo).  Interestingly, they were doing genetics research a much broader based genetics project.  They stumbled on this genetics anomaly, and decided to change the course of their research.

hominin varieties had a tendency to interbreed with one another when they co-existed, which is why, in a manner of speaking, ancient humans still live on in our modern human DNA.

Now, a new study reveals where the impression of this genetic fingerprint… led by first author and human evolution geneticist Maximilian Larena from Uppsala University in Sweden, a Philippine Negrito ethnic group called the Ayta Magbukon has the highest level of Denisovan ancestry in the world today.

More from the CNN article, August 16,

Denisovan DNA lives on in some humans today because, once our Homo sapien ancestors encountered the Denisovans, they had sex with them and gave birth to babies – something geneticists call admixture. By analyzing current-day genetic data, we can look back into human history.

The “admixing” happened more than 50,000 years ago, as modern humans moved out of Africa and likely crossed paths with both Neanderthals and Denisovans. But pinning down exactly where it happened has proven difficult – particularly in the case of Denisovans. 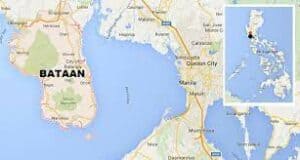 Computational analysis using the genome found in Siberia [original Denisovan pinky bone] has enabled researchers to quantify the contribution of Denisovan DNA to the genomes of modern-day humans. Previous research had identified that Australasians [Papuans] have the highest level of Denisovan DNA relative to any other population.

In the new study, a team of Filipino and international researchers examined DNA from 1,107 individuals across 118 ethnic groups with 2.3 million different genetic point variations… The in-depth analysis highlighted that the Ayta Magbukon Negrito genome contains the highest proportion of Denisovan DNA. The Ayta Magbukon population, who the authors believe have not previously been investigated in any genomic study, occupy the Central Luzon province of Bataan.

5%, 6% or an even a larger percentage of Denisovan DNA in the Ayta Magbukon?

Science media and even CNN are reporting different amounts in their headlines, and conflicting percentages in the texts of their articles.

The study found that the Ayta Magbukon had around 5% Denisovan ancestry, more than Aboriginal Australians and Papuans, whom previous research found to have around 4%, said Mattias Jakobsson…

The study authors themselves quoted in the media, seem to offer contradictory sets of numbers.  Maximilian Larena (photo) suggests at one point in the Study, a figure of  “30 to 40%” higher Denisovan DNA percentage than Papuans.  Yet his colleague is quoted in various media suggesting 46% higher.

From the Research Paper published in Current Biology, Aug. 12, 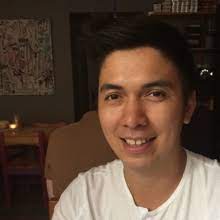 We show that Ayta Magbukon possess the highest level of Denisovan ancestry in the world—∼30%–40% greater than that of Australians and Papuans—consistent with an independent admixture event into Negritos from Denisovans.

Moreover, extrapolating to “no-East-Asian-admixture” on the regression line between Denisovan versus East-Asian-related ancestry among Negritos indicates a substantially higher Denisovan ancestry in the “unadmixed” ancestral Negritos (f4-ratio = 0.0447), which is 46% higher than that of Papuans (Figure 3D).

This seeming discrepancy can be explained by the subjects chosen for the genomics study.  Some Ayta Magbukon with a more mixed background only have 30 to 40% more Denisovan DNA than Papuans, while the more pure-blood Ayta Magbukon are as high as 46% more.

But even the 6% figure in Ayta Magbukon could be under-estimated.  As paleo-anthropology columnist with Israel’s Haaretz Ruth Schuster explains, other researchers have pegged the Papuan percentage as high a 6%.

Highest Denisovan Ancestry in the World

How great is the Denisovan contribution to Ayta Magbukon Negritos? About 30 to 40 percent greater than in Australopapuans – meaning indigenous Australians and nearby Papuans, who have a relatively high concentration to begin with: 4 to 6 percent.

The 6% figure in Papuans cited by Schuster comes from a paper released in 2010 which included three leading geneticists Svante Pääbo, Johannes Krause and David Reich.

This individual is from a group that shares a common origin with Neanderthals. This population was not involved in the putative gene flow from Neanderthals into Eurasians; however, the data suggest that it contributed 4–6% of its genetic material to the genomes of present-day Melanesians. We designate this hominin population ‘Denisovans’ and suggest that it may have been widespread in Asia during the Late Pleistocene epoch.

“Some groups, such as Ayta Magbukon, interbred only a little with the people who later migrated to the islands,” says population geneticist Mattias Jakobsson, also from Uppsala University.

Which would make the non-miscegenated, purebreed Ayta Magbukon the most unique Homo sapiens currently alive in all of our human species.

Note – A special thank you to the Gab Science, Technology & Engineering group for assistance with this article, particularly on mathematics and percentages.