The new Michael Moore film, “Planet of the Humans” was released three weeks ago. The film, directed by Robert Gibbs, with Moore as Executive Producer, advocates for population control, and limited human births, in order to save the planet. 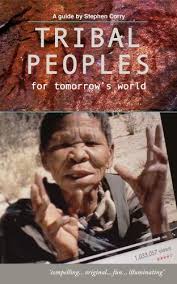 Moore and Gibbs… suggest that much of the green movement as we know it, including the banks rolling out the financing, pushes solar and wind energy components and electric cars that rely too heavily on deforestation and electricity generated from coal and natural gas to produce them.

“What we have been calling green, renewable energy and industrial civilization are one and the same thing — desperate measures not to save the planet but to save our way of life,” Gibbs says in the film.

A better approach would be people having fewer children. “Infinite growth on a finite planet is suicide,” Gibbs said. [Emphasis added]

But population control organizations, aligned with the Moore and Gibbs ideals, are shady about what groups specifically should be targeted for the control.  A visit to the populationmatters.org site shows only white families being urged to downsize and have less children.  News articles on the site, for example, cheer lead for population decline of native white Britons.

Those who choose to be childfree will have very much more freedom, including (for some) to do other things to help protect the planet or help others.

But could other populations be threatened by the new push for population control, besides just whites?  After all, isolated tribes live in precisely the areas of the earth that population control advocates want to most aggressively want to depopulate. 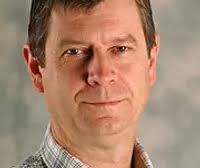 “Can we put aside the terrible idea that humanity is a virus infecting the earth.”

“Separating nature from humans is a recent idea… but many societies, I think most, would find a division between humans and nature strange or worse, dangerous, because it build a barrier between us, the animals and plants, weather, the landscapes, which really do shape our lives.”

“Nature is beautiful.  We all know this.  Well, not me.  But humanity is still beautiful. In spite of all the cruelty and fear we see in the world. We have to bring humanity and nature back together again…  Indigenous tribal peoples are good at this. They’re the best guardians of the natural world…”

“The key to a new conservation for our futures is to recognize for the first time, that biodiversity depends on human diversity and that we need to fight for both, and we need to fight against the racism and sectarianism which oppresses and divides people, and pushes them off their lands.”