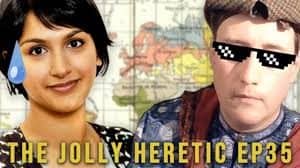 Why do we feel the need for babies to be “smarter… blue eyes, or straight hair”

Soon, some of you will try to make “better babies.”

Already, people pay labs to examine embryos so they can pick ones with DNA they like. Some screen for gender or eye color. Some screen out certain diseases.

So far, they’ve been limited to selecting genes that exist in the parents. They haven’t designed genes. But that is about to change.

Chinese scientists recently altered DNA in human embryos. Designer babies are coming. If not here, then the genetic engineering will happen in India, Africa, somewhere.

The U.S. shouldn’t keep this technology from those of us who want to give it a try. Our descendants should have the right to use science to make themselves all that they can be.

Top scientists in genetics admit, they cannot stop it. 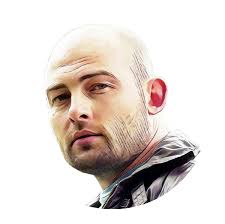 Margaret Hamburg, co-chair of an international advisory committee on human genome-editing, and Victor Dzau, president of the U.S. National Academy of Medicine, said they were deeply concerned by the plans outlined by Russian scientist Denis Rebrikov.

Still, said Hamburg, “I don’t know where we get the teeth to do some of what may ultimately need to be done’’ to respond in such situations.

They were responding to what has become known as the “world’s first CRISPR babies.”

twin girls who came into existence as IVF embryos and whose genomes had been changed by the revolutionary DNA editor called CRISPR. Leaders in science and medicine denounced the scientist behind those procedures, He Jiankui, as unethical and irresponsible.

Now Angela Saini, science journalist and author of the recently released “Superior, the return of race science,” tells Science Museum Director Roger Highfield in an interview for Wired June 28, that she’s concerned that white traits will be selected for.

With the advance of gene-editing technologies suggesting a future where we can edit humans on-demand, it looks like the relentless quest for perfection is about to step up a gear. But for the science journalist and broadcaster Angela Saini, the path to would-be perfection is fraught with danger and discrimination.

“Ultimately, underlying so much of what we see is this drive for human perfection or to achieve some kind of utopia. The goal seems to be fixing ourselves or society. We never ask ourselves what we mean by perfection… Why do we feel the need for our babies to be smarter or have bluer eyes or straighter hair? “

Friend of Subspeciest.com Edward Dutton’s new video critical of the Saini book, banned by YouTube, will soon be up at Bitchute.com.