Spencer Wells – “All humans are primates” 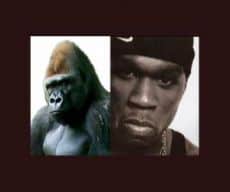 We are primates, that is, members of the order Primates (prī-mā’-tēz). The pie chart in Figure 2.2 shows the various orders of animals within the class Mammalia. We are most closely related to tree shrews (order: Scandentia) and colugos (order: Dermoptera, also known as flying lemurs). Primates are distinguished by a suite of characteristics known as evolutionary trends (see table below). However, we do not exhibit all of them to the same degree, and some are absent in certain species or lineages. For example, prosimians retain a claw on the second digit of their feet, whereas anthropoids do not (more about the two primate groups later).

The controversy started brewing on social media in early August.  By September 3 it was all over the media.  The New York Times ran a major piece: “Facebook Apologizes After A.I. Puts ‘Primates’ Label on Video of Black Men.” Countless tech blogs wrote about the controversy.

Facebook’s artificial intelligence slapped a racist label on a video of Black men, asking users who had watched the video if they would like to “keep seeing videos about Primates.” The video, published in late June by The Daily Mail, depicted white people, including police officers, confronting Black men, often unprompted. It showed no primates. The social media company apologized in a statement to The New York Times, calling the AI’s action “an unacceptable error,” saying it had shut off the feature for the time being, and promising to research ways to “prevent this from happening again.” The error calls to mind a similar misstep by Google in 2015, when Google Images labeled pictures of Black people as containing gorillas.

But countless social media users noticed an inconsistency in the reporting.  And oddly only one prominent bio-geneticist or anthropologist pushed back.

Author of Journey of Man, Star of the 2003 PBS documentary series, Bio-Geneticist Spencer Wells, the only Scientist so far to correct the record

Scientist, Author, Explorer Spencer Wells Tweeted out a correction to the media on September 3,  stating: 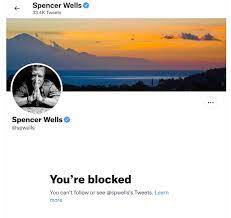 Facebook Apologizes After A.I. Puts ‘Primates’ Label on Video of Black Men Yes, all humans are primates, but I don’t think that’s what they meant…WTF Facebook?

In response to one of his followers, he added a personal potshot at Mark Zuckerberg portraying him as a in-conspicuous Cy-borg monster.

Wells, best known for his 2003 PBS series “Journey of Man,” and the book of same name, has a history of bucking the trend. He is a longtime business partner of centrist-conservative geneticist Razib Khan.  Khan is a sometimes contributor to National Review.  He also co-hosted the Insitome with Wells which hosted a great many paleo-anthropologists like Chris Stringer, John Hawks and Lee Berger.

Khan has been accused of racism for his race realist views and phylogentic charts emphasizing vast human variation.  In his latest Khan at Substack, Khan branched off modern humans into 4 separate twigs for Europeans, Asians, Melanesians and Africans further off.

“Razib Khan is certainly not a racist, though he has in the past written for publications that later became associated with the far right. I would characterize him more as a libertarian than anything else—he believes in free and uncensored rational inquiry, and in the current divisive political era that can sometimes get you in trouble…”

Wells, does not identify as a race realist race himself.  Though, like Khan, he has been willing to openly discuss and consider human variation.   For example, he has stated that ethnic Europeans have “distinctive traits” from being cut off and isolated from other human populations.  He also describes the KhoiSan of southern Africa as deeply enigmatic, “the San are direct descendants of our oldest ancestors.”

Of special interest to readers of this website, Wells is a disciple of population geneticist Luca Cavalli-Sforza.  He studied and worked in the lab under Cavalli-Sforza for nearly a decade.

“When I finished up my Ph.D. in ’94, I did my postdoc with Luca Cavalli-Sforza, the godfather of human population genetics at Stanford [University]. He’s the guy who really started studying variation in human populations at a genetic level back in the ’50s and ’60s.”

Sforza too never shied from controversy.   He harshly criticized race realists. But as this StanfordMed.edu Obituary from 2018 notes:

In an attempt to extend his genetic analysis of people, Cavalli-Sforza began the Human Genome Diversity Project to gather and store genetic samples from populations around the world. Although Cavalli-Sforza and others saw the project as a way to safeguard DNA from dwindling populations and to learn about human history, others saw it differently. He was accused of biopiracy, exploitation and of enabling biological weapons that could attack the genetics of particular ethnic groups. 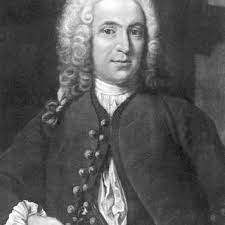 Spencer Wells was joined by hundreds of Twitter users in denunciation of the misleading reporting by major media.  One media, Tweet below, even went so far as to say it was a “mistake” to say that humans are primates.  Subspecieiest.com counted over 200 Tweets castigating the media for the error.  Here’s a sample.

As Jared Hastings Moore of Las Vegas, Nevada points out, Sept. 8, at Twitter:

“FB is a social system ran for popularity, not for scientific accuracy… We are all primates. There is an age old classification scientific classification system started by Darwin I assume. All Humans fall into the Order Primates.”

“All human beings are primates. Are we to infer that Facebook don’t believe black men are human?! Bizarre and unscientific nonsense.

FFS: ALL people are primates.

“Primate, in zoology, any mammal of the group that includes the lemurs, lorises, tarsiers, monkeys, apes, and humans.” https://t.co/puq69mAOy6