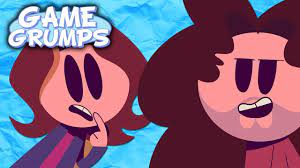 As outlined by Taimur Malik at his blog and YouTube channel, Dan Avidan has been accused by a number of Reddit users as being a “groomer.”  Avidan is co-host of Game Grump’s with over a million subscribers.  He is also well-known for hosting the Ninja Sex Party.  He is accused of having befriended a 17 year old girl 4 years ago.  But as many of his defenders have pointed out, he did not have sex with her until she was 22.

Rumors of this type have been circulating for years, but as far as I know this is the first demonstrated proof. I want to remind everyone though, until it’s proven in a court of law, these are legally speaking “allegations”. Use your own judgement. 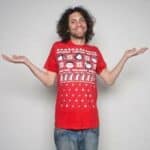 Daniel Avidan, age 42, has been a long-term presence on the Game Grumps channel, where he plays through video games and gives commentary with animator and fellow YouTuber Arin Hanson.

The two have been through many years of Game Grumps together after the exit of JonTron in 2013. Avidan’s comedy band, Ninja Sex Party, has also seen massive success alongside his work with Game Grumps over the years.

As Dexerto further explains, a threat on Reddit flew up on March 21 over Avidan’s alleged grooming, as photos, videos and prior messages were posted. The controversy also hit Twitter as Dan Avidan was a top trender for a while.

One of the videos shows Dan near a hot tub with two seats, telling the person receiving the clip that he “wished you were here to take up the other one.”

JonTron, (Jon Jafari) a Hungarian-Iranian gamer with over 1 million followers on Twitter, has been pulled into the controversy.  Some are suggesting he and/or his followers might be behind the release of the materials. JonTron and Avidan had a falling out back in 2017, when JonTron gained some negative publicity over his race realism views.

“it sounds like the claims against Danny were from people with ulterior motives, potentially to cancel Dan Avidan in exchange for the cancellation of JonTron for his continued racism (sic), and resulting removal from Game Groups.”

Background on the cancellation from Time Magazine, March 17, 2017, 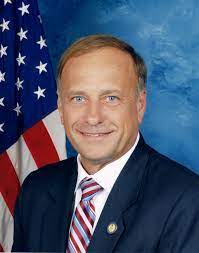 began the controversy by tweeting in defense of Rep. Steve King’s inflammatory (sic) statement that “We can’t restore our civilization with somebody else’s babies,” a comment that fellow Republicans and critics condemned as supporting white nationalism.

Jafari seemed to support King, tweeting: “Wow, how scandalous, Steve King doesn’t want his country invaded by people who have contempt for his culture and people! NAZI!!!”

“it is hypocritical for those who see everything in terms of race to suddenly turn around an object when white people speak up in what they believe are in the best interests of their race.” — Jon Jafari

“if they immigrate they need to integrate, but also we don’t need immigrants from incompatible places,” and “I don’t think a pure society is possible, but in terms of a demographic majority, I don’t know that a nation can exist without one…”

He later clarified on his own 6.5 million subscribers YouTube Channel:

I was trying to speak on the increasing tribablization of our culture.  These days we are taught to think in explicitly racial or ethnic categories… and I think to an extent this is what has gotten our country into the volatile state that it is in.

“The simple fact is that it is hypocritical for those who see everything in terms of race to suddenly turn around an object when white people speak up in what they believe are in the best interests of their race.”