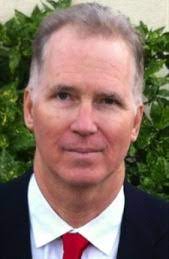 Walter Isaacson, the respected biographer of Steve Jobs, has turned his talents to Jennifer Doudna, who won last year’s Nobel Prize in Chemistry for coinventing the CRISPR gene editing technique.

In his “The Code Breaker: Jennifer Doudna, Gene Editing, and the Future of the Human Race,” the scientist emerges as competent and competitive. But this best-seller’s most compelling personality turns out to be her canceled but unrepentant inspiration, James D. Watson, whom Isaacson and Doudna visit in his internal exile in 2019.

[Gene editing] “in ways that would be inherited by future generations raises disturbing Gattaca-style questions about Francis Galton’s dream of eugenics.”

Along with her CRISPR co-Laureate, the elegant and very French Emmanuelle Charpentier, Doudna (pronounced DOWD-nuh) exemplifies the huge surge over the last two generations of talented women into the life sciences. As I have been known to joke, there are few women in the premier death science, physics, because no girl ever felt that Robert Oppenheimer’s reaction to his atomic bomb test—“I am become Death, destroyer of worlds”—sounded awesome. (But lots of boys have.)

Instead, women have flocked to the biological sciences, with beneficial effects for humanity during the current health crisis.

“there’s a difference on the average between blacks and whites on I.Q. tests. I would say the difference is, it’s genetic….” — Dr. James Watson 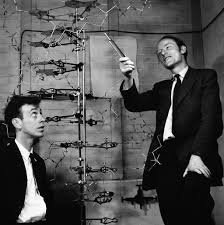 Note – Readers of Subspecieist.com will be most intrigued by Sailer’s section on Race and IQ:

all this raises a question of current interest that Isaacson dances close to but tries to avoid. Isaacson’s assumption that genetics plays a role in IQ treads perilously close to the crimethink about the world’s most intractable IQ reality, the gap on average between sub-Saharan Africans versus East Asians and Caucasians that got James D. Watson, America’s most distinguished man of science, canceled in 2007.

Watson told The Times of London:

He says that he is “inherently gloomy about the prospect of Africa” because of all our social policies are based on the fact that their intelligence is the same as ours– whereas all the testing says not really.”