Noah Carl follow-up.  We’ve been covering his ongoing battles for the last 3 years.  He’s reached what appears to be a satisfactory conclusion. 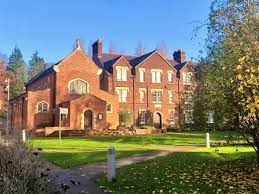 St. Edmunds College professor and Cambridge University researcher Noah Carl was fired earlier this year for having attended a conference where race and IQ was discussed.  586 academics signed a letter condemning his views.  He has also been criticized for conducting research showing high immigration rates correlate with higher incidents of crime.

Now in a press release and subsequent interview at Medium.com,  (May 6) Professor Carl is blasting his critics.

“In fact, the contribution of genes to variation in human intelligence has been widely accepted by psychologists since At Least 1996, when the report ‘Intelligence: Knowns and Unknowns’ was published by the American Psychological Association (APA).

Evidence for a genetic contribution to variation in human intelligence has only strengthened since the publication of the APA report.”

Asked if he attended a “secret “eugenics conference” with ‘Neo-Nazi links’” Carl responds, first, by pointing out Nazis actually opposed IQ tests fearing that Jews would score well.  And then:

“I am not aware of any attendee of the conference who holds “Neo-Nazi” views… My political views vary from one issue to another — on some issues I take more left-wing stances and on some issues more libertarian stances — but overall they reflect those of a moderate conservative.”

On Tuesday, March 23, Carl Tweeted out his statement regarding a settlement he has reached with the University:

It was agreed that it was in neither party’s interest to pursue a prolonged and expensive legal process.  As a result, we have settled the dispute without any admission of liability and I have withdrawn my claim.  The terms are confidential.

I am pleased this matter has been brought to a conclusion.  I would like to thank everyone who donated to my crowdfund and will be donating the funds left over to another campaign.

Dr. Carl has a number of new projects.  He has signed on with Substack.com, a growing online Alt-Newsletter than includes top journalists such as Glenn Greenwald, Andrew Sullivan and Colin Wright.

I am an independent researcher and writer based in the UK. My interests, which I intend to pursue by writing this newsletter, are very broad. They include: culture, politics, psychology, sociology, nutrition, fitness, philosophy and architecture. I am particularly interested in the issue of free speech/cancel culture. However, I also like to offer my two cents on whatever happens to be topical and newsworthy.

Dr. Carl leans libertarian as noted above.  His latest piece at Substack is “The case against the UK’s lockdowns.”

Making full vaccination a condition of entry for nightclubs seems designed not only to curtail super-spreading, but also to incentivise more young people to get vaccinated. But why is getting young people vaccinated a Government priority in the first place?

We’ve known since the beginning of the pandemic that COVID deaths among young people are vanishingly rare. As I noted recently, only 25 people aged under 18 in England died of COVID-19 up to February of this year, which equates to a survival rate of 99.995%. And the survival rate for 18–25 year olds isn’t much lower.

Rather than for their own safety, the main justification for vaccinating young people is to reduce the spread of COVID-19, i.e., for older people’s safety. But the vast majority of older people – for whom vaccination does offer clear benefits – are already vaccinated.