Museums are racist? Social Justice Warriors say more removals including Archaic Human Remains and Exhibits that are not Politically Correct 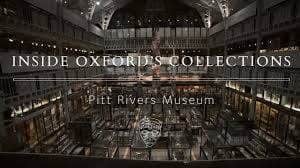 We’ve reported on efforts to remove artifacts and documents from Charles Darwin and Thomas Huxley at the London Museum of Natural History in the last few weeks.  Now a new effort is sweeping European museums.  Mummies, shrunken heads, fossils, other human remains are being unceremoniously removed from popular exhibitions because they may portray native cultures in a negative light.

Even one exhibit made famous by the Harry Potter movies, is not safe.

From the UK Guardian, September 13,

Off with the heads: Pitt Rivers Museum removes human remains from display

For almost 80 years, the shrunken human heads at Oxford University’s Pitt Rivers Museum have fascinated and appalled visitors with their sewn-up lips and eye sockets, and straggly long hair decorated with iridescent beetles.

But under a major revamp to address the museum’s problematic colonial past, the heads, which inspired a scene in the film Harry Potter and the Prisoner of Azkaban, have been removed from display, along with 113 other human remains, including decorated skulls, scalps and Egyptian mummies…

The reason for the removals?  New curator staff, many of whom are not English, deem the exhibits to be “colonialist.”

We contacted Marenka Thompson-Odium, head curator at the museum for a comment. She is a radical black activist who pushes for so-called “decolonization.” She told Subspecieist.com:

Subspecieist: “One of the criticisms people have of museums is that they are boring, dull.  How does taking out something exciting, adventurous like the shrunken heads work to counter those attitudes?”

Ms. Odium: “It’s not about erasure or adventure, but about respect. There are still a multitude of histories and stories to be told in the museum, but we must be more expansive in who gets to tell and represent the histories.”

“We live in an era where museums don’t preserve history, they erase it.”

The removal of the ancient artifacts are the result of activism and protests from Black Lives Matter. 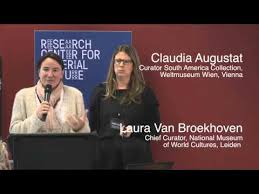 [Exhibits removal] “is at the heart of decolonization.”

Another museum spokesperson  Laura Van Broekhoven believes that the exhibits “reinforced racist and stereotypical thinking” of cultures that were previously viewed as primitive and savage.

CNN notes that “120 objects containing human remains were removed from being on view, plus an additional 71 non-biological objects,” and hints this is only the beginning.  British museum curators, nearly all of whom are non-native British, now have their eyes set on getting rid of “Egyptian mummies,” and other artifacts from around the world.

Will non-flattering exhibits of archaic Hominid species be next?