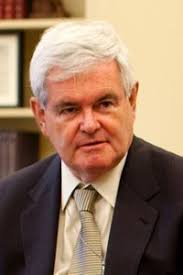 Raphael Warnock, Democrat for US Senate against incumbent Kelly Loeffler in the Georgia run-off, has been under fire from various conservatives and others for radical views on race.

Loeffler as quoted in the Atlanta Jewish Times, Nov. 10:

Loeffler wrote, “We ARE going to talk about your own words” and among the items listed was “Embracing Jeremiah Wright’s ‘God Damn America’ Agenda.”

Chuck Berk, who heads the Atlanta chapter of the Republican Jewish Coalition, said, “The Jewish community should be appalled by the pro-Palestinian, anti-Israel, anti-Semitic comments by Rev. Warnock and have real concern as to whether, if elected, he would be a supporter of Israel and Jewish issues…. not condemning the Black Lives Matter ‘protestors’ in Los Angeles who attacked and vandalized synagogues, Jewish businesses and memorials with anti-Semitic, anti-Israel slogans (i.e. F*** Israel). We need Georgia senators who have a history of a strong, unblemished record of support for Israel and Jewish causes, like David Perdue and Kelly Loeffler.”

Warnock in one sermon back in 2016, said that “America needs to repent for its worship of whiteness.”

“[Race is a social] construction…  Race is not a biological factor, it’s a sociological construct…” — Warnock 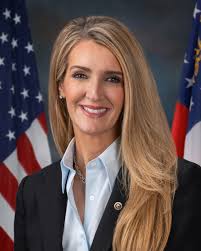 Warnock said, adding that it was humans who decided that “some human beings are better than other human beings.”

“That’s a construction. It’s called bigotry, it’s called racism and sexism and misogyny and xenophobia. Race is not a biological factor, it’s a sociological construct. God made us, but we make stuff up.”

Now former Speaker of the House Rep. Newt Gingrich of Georgia, has weighed in.  On the Nov. 14 broadcast of Hannity, iheart.com, in regards to Warnock’s anti-Americanism, Gingrich said this:

Georgia clearly voted for Donald Trump.  I would say to every person in Georgia go to the capitol and stand up for free elections… challenge the state legislature to go into session…  This is absolutely intolerable.

“Look, if you want a straightforward supporter of Fidel Castro… if you believe anti-white racism is the future, than Warnock is your candidate… Warnock is a hardline anti-white leftwing radical who doesn’t like America.”

Of particular note to readers of this website, Gingrich is one of only a handful of mainstream politicians bold enough to use the phrase anti-white racism.  In a Facebook post on Jan. 5, 2017, in regards to four black youth torturing a disabled man in Chicago, Gingrich wrote:

“Anti-white racism has to be opposed as firmly as anti-black racism.”