White House press secretary Kaleigh McEnany appeared on Hannity, Fox News Thursday night.  At one point she held up binders of affidavits from numerous Republican poll watchers in Michigan and Pennsylvania, swearing to irregularities they witnessed and also how they were harassed by mostly Afro-ethnic poll workers.

She urges viewers to go to DonaldJTrump.com to read the affidavits:

They’re all public, I’d encourage you to read them. Sean, read through some of these affidavits.  I now have 3 binders…  Well, I have three binders, these are court filings and affidavits.  But they’re startling Sean.  You get the very clear image of what it was like to be a poll watcher, a Republican poll watcher, and all you want to do is go in and watch the count.  It is your legal right. But you’re shouted down. Called the ‘C’ word.  Racial slurs used against you.  Threatened.  Pushed…  [Emphasis added]

McEnany also appeared on Fox & Friends on Nov. 12, saying the same, Via PoliticsUSA: 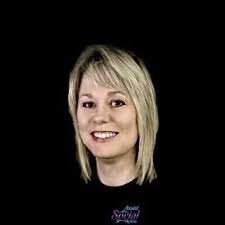 “I was sitting last night and reading through hundreds of pages on, out in Philadelphia, of people who volunteered their time, their legal right to show up at the polls, to watch the vote count, Republican challengers who were bullied, called ‘the c-word’ in some cases, racial slurs shouted out at them, some of them escorted out of the room just for asking a question.”

Ironically, racial slurs may have been directed at ethnically Asian Republicans, as well.  From the UK Daily Mail, Nov. 12,

‘Finally, another instance of racial slurs used against an individual,’ McEnany continued.

‘He was a man of Chinese descent and he was literally told, “why are you here, you’re not American”. When he said, “I am American,” he preceded to endure five minutes of racial and ethnic slurs.

Raw video here of Black Detroit Cops getting pushy with White Republicans trying to get inside to observe the count.