Evolutionary biologist and author of the monumental evolutionary science book “The Selfish Gene” in 1976, got in some hot water back in February for this Tweet: 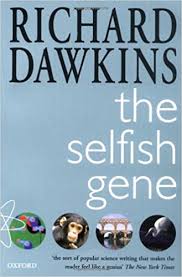 “It’s one thing to deplore eugenics on ideological, political, moral grounds. It’s quite another to conclude that it wouldn’t work in practice. Of course, it would. It works for cows, horses, pigs, dogs & roses. Why on earth wouldn’t it work for humans? Facts ignore ideology.”

As the Hollywood based left-leaning MEAWW.com describes, April 2,

As scientists wonder if genetics plays a role in coronavirus susceptibility, is eugenics making a come back?

Back in February of this year… Richard Dawkins sent out a seemingly pro-eugenics tweet, he was called out by many. After all, eugenics has been the basis of many racist “scientific studies”… the field of eugenics is once again gaining the spotlight after many wonder whether genes play a role in how the current coronavirus (COVID-19) outbreak affects different countries.

Eugenics is a set of beliefs and practices that aim to improve the genetic quality of a human population, typically by excluding people and groups judged to be inferior and promoting those judged to be superior.

Angela Saini has been one of the most rabid and vocal of anti-race realism activists globally.  Her book “Superior” released in early 2019, has received rave reviews from leftist media. She has appeared in countless media interviews in the UK and USA trashing race realism and what she calls “pseudo-science on race.” Ms. Saini has even attacked this website. 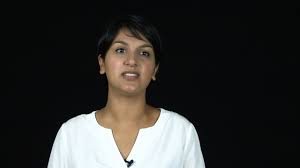 Murray’s book “Human Diversity” persuading Dawkins back to the race realism side?

Dawkins was originally supportive of Angela Saini’s book.  Back in September of last year the Richard Dawkins Foundation sent out an Instagram, inviting followers to listen to a podcast with Saini.

In the last week, a number of Twitter users have noted that Dawkins has been reading Charles Murray’s book “Human Diversity” as of late. One Twitter user Ed Marcarelli EAMarcar@Twitter.com, criticized Dawkins for quoting Murray positively, saying “I’m a huge fan of yours but Charles Murray’s past racism taints everything he does.”

Here is the Tweet backing Saini, that has been deleted from Richard Dawkins’ Time Line: