Rasmus Paludan threatened by Muslim immigrant at Pro-Denmark fest: Whites “will be exterminated”

Rasmus Paludan screamed at by Immigrant: “you Danes are animals”

Strams Kurs ran six candidates in the last Danish elections.  Though, none, including Paludan, got more than 2%.

See a good (YouTube) interview with Rasmus from a year ago, (in English) by libertarian-conservative Matt Bracken of Gab and InfoWars.

In late April, the local communist/socialists in Copenhagen decided to cancel annual May Day celebrations at a local park, due to COVID-19 concerns.

the capital city has chosen to cancel the International Workers ‘ Day in the Park because of the covid-19. The empty space where the scene wont to stand, have Rasmus Paludan and his party Tighten the Tack chosen to take, instead.

Upon learning that the communists were going to cancel, Paludan came in, applied for a permit for a rally, and got approved. 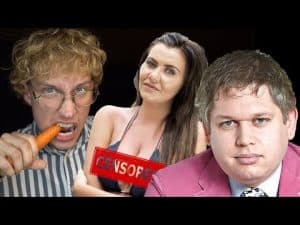 There were many police at the park cordoning off Paludan’s rally.  And as Global Domain News further notes, Paludan skirted anti-COVID restrictions.

the Ban on assembly of more than 10 persons does not apply to political meetings, which is guaranteed by the constitution.

The group of demonstrators even brought a kegger.  See a photo of Paludan pouring some Carlsberg “kold Øl” in the mugs of his comrades, “hier.”

The site of the alcohol may have set a Muslim man in his 30’s off.

You Danes can “suck my cock”

During the demonstration, party members recorded video of the kind of reception they received from the locals. One video that’s been uploaded to Rasmus Paludan’s YouTube channel shows a bearded, aggressive migrant yelling at a young Danish man.

The transcript (somewhat paraphrased), is here:

“We have more children. You get one or two. In ten or fifteen years there will be more Muslims than Danes in this country. … The Danes are five million, You are almost extinct man. … You fuck with animals, that’s why you don’t get children…You Danes are being exterminated… I will stick my Danish passport and the Danish People’s Party in my ass, I will burn my Danish passport… We will not integrate, we will continue to fuck your society… Suck a cock!”… [Emphasis added]

The full video can be seen at Rasmus Paludan’s YouTube channel.

Rumors of Rasmus Paludan entering mainstream politics, possibly joining one of the more centrist parties.  In may of 2021, Paludan led demonstrators in Copenhage against mandatory lockdowns over COVID restrictions.  The Danish government recently conceded, eliminating any lockdowns.  Some are crediting Paludan with the political success.

Sputnik News reported in May of 2021:

Organised by a group called “Men in Black”, the gathering of around 1,200 people in the Danish capital was a reaction against the government’s announcement that it was extending its numerous anti-coronavirus restrictions, TV2 reported.

The arrested individuals reportedly used illegal fireworks and exhibited rowdy behaviour. Otherwise, the rally was described as “largely peaceful” by the police.

Denmark, which has been under a partial lockdown since late 2020, had announced that it would ease some coronavirus restrictions but keep the majority of the restrictive measures in place despite protests from the opposition and members of the public who see the restrictions as discriminatory.