Odourants, smell sensitivity to out groups, foreigners, immigrants, helpful to ward off disease

“Odourants and their targeted, localized secretion indicate that they did originally confer an adaptive advantage” — Bio-scientists Natsch and Emter

Melville Jacobs and Bernhard J. Stern, in their book General Anthropology,observed: “Few notions regarding race differences are more widely believed than the idea that each race has its distinctive odor.”

Two new studies out in the last month strongly suggest an evolutionary basis for olfactory sensitivity among modern humans.  To put it in layman’s terms, odors from members of out groups, helps to warn native populations of the dangers of disease and possible infections.

results of a study published in Physiology & Behavior suggest that it [xenophobia] may be at least partially rooted in sensory mechanisms — that is, the way we perceive the world through our senses.

805 Amazon users completed a “Body Odor Disgust Sensitivity questionnaire.”  They were asked about a “Central African population hoping to immigrate to the United States.”

The study’s theoretical framework is provided by the Behavioral Immune System theory, which suggests that generalized negative attitudes towards dissimilar groups may be part of a broader suite of behaviors that allows individuals to detect and avoid diseases… the detection of a perceived threat via sensory perception… triggers cognitive and behavioral responses, including disgust.

Valerie Curtis, director of the Hygiene Centre at the London School of Hygiene and Tropical Medicine explained in the NewScientist.com, 2012,

The yuck factor: The surprising power of disgust 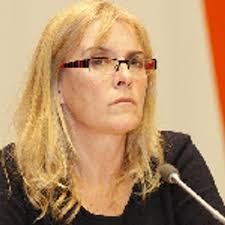 “We’ve got to be very careful about our contact with others; we’ve got to mitigate those disease-transfer risks,” she says. Disgust is the mechanism for doing this – causing us to shun people who violate the social conventions linked to disgust, or those we think, rightly or wrongly, are carriers of disease. As such, disgust is probably an essential characteristic for thriving on a cooperative, crowded planet.

From the Study published in ScienceDirect.com Physiology and Behavior, March 9,

Results show that body odor disgust sensitivity is associated with xenophobia: BODS was positively associated with negative attitudes towards the fictive group. This relationship was partially mediated by perceived dissimilarities of the group in terms of hygiene and food preparation. Our finding suggests prejudice might be rooted in sensory mechanisms.

And sensory mechanisms may be particularly acute when it comes to odors emanating from our armpits.  Just released April 20, from Bio-scientists Andreas Natsch and Roger Emter at royalsocietypublishing.org,

In today’s Western society, axilla odours are perceived as unpleasant, and we commonly associate them with other unpleasant odours. Indeed, bacteria acting on organic matter are responsible for various offensive odours…

The specific nature and unique chemical structures of these odourants… are a first indication that axilla odour is not a simple, random by-product of bacterial catabolism but may have had a function in chemical communication in an evolutionary context. The specific biosynthesis of such odourants and their targeted, localized secretion indicate that they did originally confer an adaptive advantage. [Emphasis added]

This would indicate that these precursors are rather formed locally, and hence, the axillary gland is a specific metabolic organ synthesizing the odourant precursors for the local release in this scent organ—again pointing to an adaptive function of the axillary glands in human evolutionary history.  [Emphasis added]

Such studies could be seen as timely and beneficial in the age of COVID-19 particularly with headlines such as this, VOA, March 23:

Could Loss of Smell Be a Sign of COVID-19 Infection?