Molson Hart is an Austin-based innovator and entrepreneur.  He owns several companies, one of which is well-known as a leader in educational toys for kids products.  Hart does a large portion of his sales on Amazon and is viewed as a guru of sorts, popular on Tik-Tok for Amazon sales and product production.

From his Year-end report at his MolsonHart.com site:

I’m the founder and CEO of Viahart (est. 2010), an e-commerce focused educational toy company. We did $8.8 million in sales in 2021. This article is going to tell you what it was like to run this business in 2021 vs. 2020, amidst threats like the Amazon aggregators, supply chain difficulties, inflation, and even getting “dragged” on social media. You may want to read last year’s version of this article before reading this one.

We’re sellers on Amazon’s marketplace, Walmart.com, and eBay. We also sell our products to stores across the United States and sell internationally through distributors in Japan, Australia, Canada, the UK, and the EU…We make building toys, active play toys, and we are the largest direct-to-consumer e-commerce seller of swimming kickboards and plush animals in the USA.

His top product is Brain Flakes, available direct at BrainFlakes.com.  Anyone who has visited a Walmart has certainly seen these on the shelves in the Toy section.  From his promo:

Enabling the world’s next generation of engineers through confidence building and spatial learning (while giving mom and dad some peace and quiet) — Brain Flakes!

Hart is what many would call multi-talented.  He is fluent in Mandarin Chinese and is a former chess champion. Molson is also well-known for being an expert on patents and patent violations.  He has spoken at the White House at the tech and innovation forum. He even testified in front of Congress on trade and fair play.  (See video here of his remarks at the 2.40 hour mark)

“There are a lot of crooks knocking off products” — Molson Hart

He describes how other companies, many overseas in collusion with Amazon will sell “knock-offs” of successful products, many times at a much lower price.  And if you fight back there could be consequences.

Over the years, Amazon has wrongly accused of us influencing customer behavior (banning us from e-mailing our customers on the platform), suppressed our products for being suspected of manipulating search results, accidentally deleted our account…

From PracticalEcommerce.com, Eric Bandholz, May 2022, 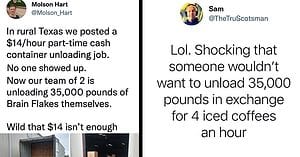 in 2010, Molson Hart learned his products were being illegally produced and sold by others. He realized the problem, intellectual property theft, extended far beyond Viahart. And that prompted the launch of his second company…

We sell a building toy called Brain Flakes, which does things that Lego can’t. It’s for kids between three and 13. We also sell Goodminton rackets and Tiger Tale toys. I have a second company, Edison LLC, that does ecommerce-focused litigation financing for intellectual property theft…”

“Your podcast talks a lot about wokeism, that doesn’t exist over there [China].   In a sense you could say the Chinese people are considerably more racist than Americans…” — Molson Hart, geneticist Razib Khan’s podcast, Oct. 2022

Molson has entered the political fray before, sparking a minor controversy on-line over wages and perceived lack of work ethic among many young Americans. 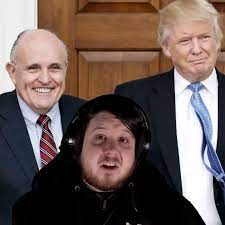 In rural Texas we posted a $14 an hour cash container loading job…  No one showed up.  Wild that $14 an hour isn’t enough these days.

A well-known YouTuber (photo), JustalazyGamer with 13,000 subscribers, took him to task, snarking…

So this man decided to Tweet this knowing that it’ll upset younger people who are the target audience for his company, for how could that ever backfire and give him negative publicity.  How?

“There is something unique about The Whites… They are risk-takers…”

Now Hart is delving into another politically charged arena: race differences.  He Tweeted out on Christmas Eve:

Genetic or cultural I do not know, but there is something unique about The Whites™… They are risk-takers. White people take bigger risks, much more than other peoples’ & cultures. I don’t know why you don’t see this talked about more. It’s a weird thing. 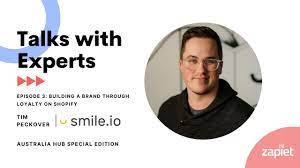 Statement is simply ridiculous, not to mention racist… Which is not surprising coming from you. Maybe you should go back to school and actually learn some history or perhaps read a book.

Genetically absolutely not, anyone who argues for genetic race realism doesn’t understand genetics. Culturally, white people can probably afford to take more risk due to their more privileged positions and economic stability relative to others.

I would give plenty of examples to counter this statement which I think is grossly myopic, but it’s pointless to argue claims of racial exceptionalism…

Tim Peckover, (his real name) is a marketing and ecommerce expert.  He is a Twitter blue check mark with Stephen Colbert in his masthead.  Peckover was perhaps his harshest critic: 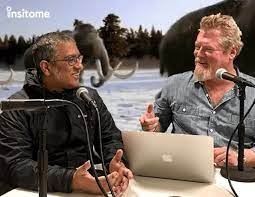 I have nearly zero platform to shout this from, but if you see a tweet like this and don’t unfollow, you’re pro-racism. There is zero room for this at the table. Say what you will about “Cancel Culture” but actions DO have consequences.

If you think white supremacy is ok and acceptable then I have nothing more to say to you.

Molson shot back with a snark:

Let’s not talk about anything guys. It’s too scary.

Note – Razib Kahn is a center-right political podcaster and Austin-based geneticist.  He is also a former business partner of world-renowned geneticist Spencer Wells well-known to readers of this site. Kahn had Molson Hart on his podcast titled “Chimerica” back in October. They discussed business practices in China contrasting to America.

Molson made a number of what could be considered controversial remarks.  He relayed how Chinese people in 2011, 2012 were fascinated with white people. They would take photos with him “randomly touch [him] cause my hair was different… I had a big nose.”