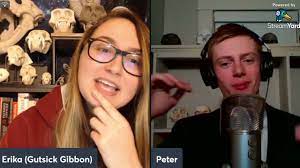 Creationists are divided over the new Homo naledi finds in South Africa.  Peter of Paleologos, is the host of a popular YouTube channel for Young Earth Creationists.   Though, Peter represents a younger generation of realist or neo-Creationists.  They adopt a number of principles of standard human evolution and are open to arguments from evolution advocates.

For example, Peter is willing to entertain the idea of Eurasian – Neanderthal introgression and hybridization.  From his most watched video, “Great Grandpa a Neanderthal?” Oct. 2022:

Within our genome are traces of ancient hybridization events between our Homo sapiens ancestors and the Neanderthals. What does the data tell us about the interactions of these groups, and could they always reproduce successfully together?

The neo-Creationists overlap with Intelligent Design advocates.  However, they are distinct groups.

From the Discovery Institute, “Not by Chance,” by Stephen Myer:

the theory of intelligent design holds that there are tell-tale features of living systems and the universe that are best explained by an intelligent cause. The theory does not challenge the idea of evolution defined as change over time, or even common ancestry, but it does dispute Darwin’s idea that the cause of biological change is wholly blind and undirected.

Readers of this site are familiar with Erika at Gutsick Gibbon.  Peter has been a guest on her show.

Back in June the two appeared in an hour and a half video, “Debating Hominin Baraminology With Gutsick Gibbon.”  They disagreed sharply.  But they were noticeably cordial.  Example: 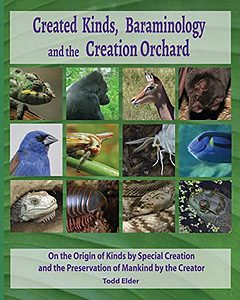 Erika: You know I’m working through [Creationists]… texts.  One of the common talking points is that we can’t reconstruct the locomotion of these Australopithecines as being bi-pedal.  I was very tickled to see, in a good way, that you were like No. We know they were bi-pedal. So, while your stance is very different.  I was pleased to see that…  So, you’re cool with the Australopithecines being bi-pedal. So, how does that fit in with the young earth Creationism?

Peter than goes into a lengthy explanation of Baraminology.  Summarized here from the National Center for Science Education (NCSE):

The term “baraminology” comes from baramin, which was constructed from the Hebrew root words bara (created) and min (kind) … Baraminologists consider the baramin to be a taxonomic rank corresponding to the “created kinds” of Genesis. “Intelligent design” creationists are interested in baraminology as a way of quantifying discontinuities in the tree of life…

In his latest video he challenges some icons of the Christian Creationist movement over the new Homo naledi discoveries by Lee Berger in South Africa.

Researchers have found remnants of small fireplaces and sooty wall and ceiling smudges in passages and chambers throughout South Africa’s Rising Star cave complex, paleoanthropologist Lee Berger announced in a December 1 lecture hosted by the Carnegie Institution of Science in Washington, D.C.

“Signs of fire use are everywhere in this cave system,” said Berger, of the University of the Witwatersrand, Johannesburg…

Such behavior has not been attributed to H. naledi before, largely because of its small brain. But it’s now clear that a brain roughly one-third the size of human brains today still enabled H. naledi to achieve control of fire, Berger contends…

From Peter at Paleologos, Dec. 3,

And perhaps most interestingly this debate raged among young earth creationists… Answers in Genesis and the Institute for Creation Research… argued that the remains came from Australopithecines.  They weren’t human at all and they shouldn’t be classified in the genus Homo…

Later in the video: 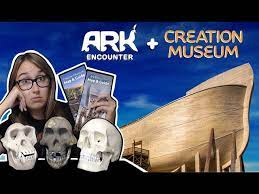 I’m hoping for [Lee Berger’s] paper to come out soon so that we an look at all this evidence…  So, the picture that we get from Rising Star Cave is that Homo naledi was an intelligent human… they were starting fires, which is a human activity. That they were intentionally controlling the fires and caring them, and bringing in wood… and also bringing in meat as well, and cooking and eating it.  All of these are human like behaviors…  it gives us a very interesting perspective on Homo naledi.  And it’s one I’m interesting to see how people respond too.

Especially for example people at Answers in Genesis and the Institute for Creation Research where they have come out and are arguing that Homo naledi is non-human, and now we have evidence that they are displaying these complex characters that they would have otherwise associated with humans. So, it’s going to be interesting to see how these different people respond to this evidence.

Peter is not alone among creationists excited about the new Homo naledi finds.

EvolutionNews.org, a Neo-Creationist site, joins Peter in his intrigue and curiosity over the Homo naledi finds:

One hitch is that the charred wood, bones, etc. have yet to be dated, to see if they come from the same layers as the Homo naledi fossils. But there are currently no other known groups that could have made the fires.