Egyptians push back on Hart’s scheduled tour date for Cairo 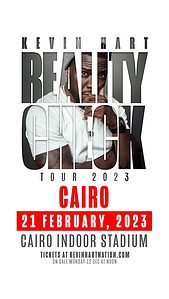 Internationally-acclaimed comedian and co-star of Jumanji II Kevin Hart has announced his worldwide tour, which includes a date in Cairo.  This will be the first time that the controversial comedian will be performing in Egypt.

So excited to announce I’ll be coming to Cairo, Egypt in 2023 for the first time ever!! Tickets go on sale Monday 12 Dec at 12pm!

At issue, were comments allegedly made by Hart in past concerts, regarding the ethnicity and ancient ancestry of modern Egyptians.

On Tuesday, Hart announced on Twitter that he will be performing for the first time in Egypt at the Cairo Indoor Stadium in February 2023. However, his post promoting his “Reality Check” tour prompted many Egyptian users to call for the show to be boycotted or cancelled due to Hart’s Afrocentric views of Ancient Egyptian civilisation. Some users have started using hashtags calling for the show to be cancelled, and saying that Hart is “not welcome” in the country as “Egyptian history is a red line”.

Although not fully confirmed, these comments from Hart have been passed around the internet for years.  Hart has never denied making this statement:

“We must teach our children the true history of black Africans when they were kings in Egypt, and not just the era of slavery that is cemented by education in America. Do you remember the time when we were kings?”

Hart has long been revered as a cultural leader in the Afrocentrist movement. As described by EgyptianStreets.com:

Created by African-American activists, Afrocentrism is a movement that promotes African culture and emphasizes its contributions to the development of Western civilization. It suggests, in particular, that ancient Egypt’s rulers and its population were black, yet that this fact was revised and ultimately wiped from Western and worldwide scholarship. 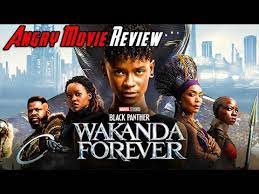 “Egyptian history is a red line…”

Michael Meneur is a prominent businessman and social influencer in Egypt.  He is the Founder of Xtenfer Consulting, as well as the Founder of Al Haya political Party Egypt.  He launched a campaign to have Hart’s concert canceled with a Twitter hashtag  #الغاء_حفل_كيفن_هارت :

Kevin you have angered all Egyptians by adopting lies and propagating false claims made by *Afroceterist that falsely claims that Africans were kings of Egypt. This claim is false. Apologise or face #kevinhart_is_not_welcome_in_egypt anger and backlash. Don’t falsify history.

*Note – Meneur is a non-native English speaker, and likely meant Afrocentrist rather than Afroceterist.

You spread lies about my country and my land.  You are not welcome, Kevin Hart, on the land of Egypt…” — Simaah9 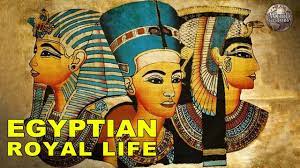 There is a comedian named “Kevin Hart” who is coming to Egypt to perform at Cairo Stadium. This actor is one of the biggest supporters of Afrocentricity. They want to steal and attribute Egypt’s civilization to Africans and tell modern Egyptians that we are occupying Egypt from them. We must all participate in the campaign to cancel Kevin’s concert.

For their part, Afrocentrists in the United States are defending Hart. GoBlack2Africa is a top black nationalist YouTuber. He supports the theory that black Africans built the pyramids.  On the Hart controversy:

Black nationalists base their beliefs that black Africans built Egyptian civilization on a period of Kushite rule from 746 BCE to 653 BCE.  The Kushites were from northern Sudan.

Zahi Hawass, Egyptologist and Egypt’s former Minister of Antiquities, explained [to CNN] that the Africans and the Kush ruled Egypt in the 25th Dynasty, 2,000 years after the pyramids were built.

Geneticist Johannes Krause, discoverer of Neanderthal and Denisovan DNA, finds only 8% of Egyptian’s genomes are Sub-Saharan 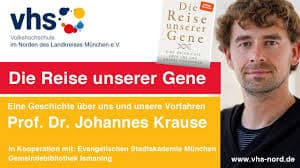 Geneticist Johannes Krause is well known to readers of this site.  Johannes is the Dept. Head of Evolutionary Genetics at the Leipzig Institute in Germany. He is the co-discoverer of Neanderthal DNA in the modern Eurasian genome, and the discoverer of Denisovan DNA in Asians and Melanesians.

Krause and his colleagues earlier this year released findings of their recent research on ancient Egyptian mummies.  They conducted “robust DNA sequencing.” Their results, published in the journal Nature Communications, showed that modern Egyptians share only 8% of their genome with Sub-Saharan Africans.

They found that the ancient Egyptians were most closely related to the peoples of the Near East, particularly from the Levant… Eastern Mediterranean [Turkey, Syria, Israel, Lebanon…]

The influx of sub-Saharan genes only occurred within the last 1,500 years. This could be attributed to the trans-Saharan slave trade or just from regular, long distance trade between the two regions. Improved mobility on the Nile during this period increased trade with the interior, researchers claim.

Note – Stefan Milo, a center-right paleo-anthropology YouTuber, has a series of videos on ancient Egypt.  Stefan particularly highlights how the pyramids were constructed.